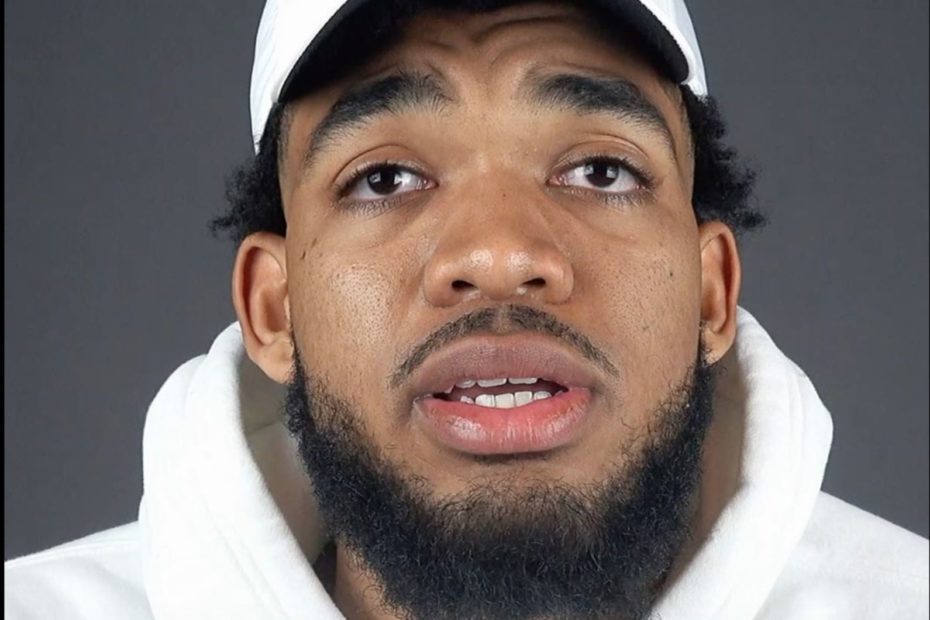 Center for the Minnesota Timberwolves Karl-Anthony Towns took to social media to share an emotional message in hopes that it will continue to encourage everyone to stay home during this uncertain time we are all living in.

On March 25, Towns shared an IGTV episode in which he talked about his experience and how this pandemic has affected him and his family personally. He wrote, “WE CAN BEAT THIS, BUT THIS IS SERIOUS AND WE NEED TO TAKE EVERY PRECAUTION.”

“[I’m] sharing my story in the hopes that everyone stays at home! We need more equipment and we need to help those medical personnel on the front lines. Thank you to the medical staff who are helping my mom. You are all the true heroes! Praying for all of us at this difficult time.”

In the video, Towns explained that early last week, he was told that his parents weren’t feeling well. “My first reaction to her was to go seek medical attention immediately. There’s no reason to wait, just go to the nearest hospital. And after a couple of days of not getting, or showing any signs of improvement, I was very adamant on the first day to go to a hospital and seek further evaluation.”

Sadly, nothing was helping Towns’ mother, Jacqueline Cruz. “Her fever was never cutting from 103, maybe go down to 101.9 with the meds, and then immediately spike back up during the night. She was very uncomfortable. Her lungs were getting worse, her cough was getting worse. She was deteriorating. She was deteriorating for a while, and we always felt that the next medicine would help. The next one would help. This is the one that’s going to get it done. This mixture is going to get it done.”

During all of this, Towns’ father was released from the hospital and was given mandatory quarantine instructions. As Towns explained, he’s been home ever since. Then there was one day that his mother was feeling great.

“She was feeling great. We talked, and she felt she turned the corner; I felt she was turning the corner. I knew there was more days to come, but I felt that we were heading in the right direction.”

Right before Cruz was placed in a medically induced coma, Towns was able to tell his mom he loved her. “She was telling me things I didn’t want to hear so — I dismissed some things she was saying because it wasn’t something I want to hear. It came to a point where it’s difficult. It’s been very difficult for me and my family, to say the least. She’s the head of our household. She’s the boss.”

“She’s been in a medically induced coma. Since that day, I haven’t talked to her, haven’t been able to obviously communicate with her. I’ve just been getting updates on her condition. It’s rough, and day by day we’re just seeing how it goes. We’re being positive; I’m being very positive. So I’m just keeping the strength up for everybody and my family.”

Eventually, Cruz’s COVID-19 test came back positive. Towns concluded his emotional and personal message by pleading with people to practice social distancing, to avoid crowds, because “it’s deadly.” “I hope my story gives you the correct information. Send my love to all your families. I’m praying for every single one of you guys.”

“Give everyone my thoughts and my prayers, and life may keep throwing punches at me, but I’ll keep getting back up. And I ain’t going to quit at any time, and neither will my whole family, neither will my mother. Dominican women are strong, I know they are. My mother is the strongest woman I know, and I know she’ll beat this, and we’re going to rejoice when she does. Love you guys, and I’ll talk to you later.” We are all thinking of Towns, his family, and the countless others affected by this health crisis.