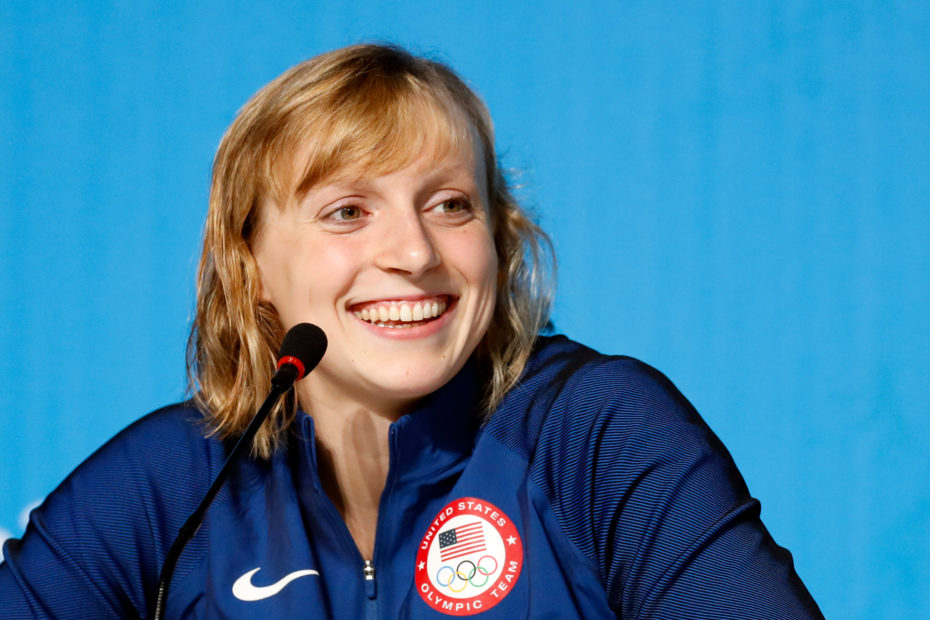 Katie Ledecky, 24, Says Her Strive For Greatness Is a ‘Blessing and a Curse’

Twenty-four-year-old Olympic swimmer, Katie Ledecky, has consistently showcased incredible displays of her athletic talent throughout her career. This is why it should not come as a shock that the American athlete took home the gold medal in the women’s 1500m freestyle Olympic swim competition.

However, she admits that her journey to this win was difficult at times due to her desire for greatness. In fact, she refers to her efforts as a “blessing and a curse.”

Ledecky showed up to her news conference after she exhibited an incredible performance with her hair still slightly damp from the pool. She was prepared to explain her sentiments on the idea of greatness. “I have that attitude; it’s what’s served me so well over the years. It’s why I’ve broken so many world records and swam so many fast times,” said the swimmer.

However, she also stated that it is, “a really hard attitude to maintain for nine years,” most likely because it requires the attitude requires a person to hold themselves to insanely high standards. In turn, the pressure can create unnecessary stress that negatively affects the athlete and their performance. The Washington D.C. native even used Simone Biles as an example, stating that she understands Biles’ decision for withdrawing from the Olympics.

Katie Ledecky believes greatness is a blessing and a curse.

“I would never want to speak for Simone, or say that I know what she’s feeling because none of us do,” started Ledecky. “But, I understand it. Greatness, and the attitude it requires, is a real blessing and a curse.”

It is no surprise that pressure can cause a person to crack, even if that person is a world-renowned athlete and no doubt an expert in their choice of sport. However, it is a different story if this pressure is an internal conflict. “When I say that the most pressure I have is the pressure I put on myself, I mean my past performances,” said Ledecky.

She went on to explain, “I’m always striving to be my best and to be better than I’ve ever been. And, you know, it’s not easy when your times are world records in some events.” These attitudes can even carry over to the feelings of relief when winning a race, rather than the status quo of excitement. Still, Ledecky wouldn’t dream of living her life any differently.

Ultimately, her choice of career has offered a perspective that she would likely not have if she had gone into a different profession. She stated that she had, “gained perspective over the years,” and that she has, “really learned a lot over the years.” And, one of those things is the power that a gold medal possesses.

Ledecky recalled the reactions she gets to her record-breaking times and how it makes others happy. “I’ve gone to children’s hospitals, and met wounded warriors, and their faces light up when they see the gold medal, and that means more to me than anything,” explained the Olympian. Unsurprisingly, that is an excellent reason for wanting to be awarded.

In her sixth Olympic Games, the 24-year-old is walking away with her eighth medal. “You know the times might not be my best times but I’m still really really happy to have a gold medal around my neck right now,” said Ledecky, satisfied to be bringing home an athlete’s holy grail. While the pressure of professional athleticism certainly comes with struggles, Ledecky’s dedication to the art of swimming is undeniable.