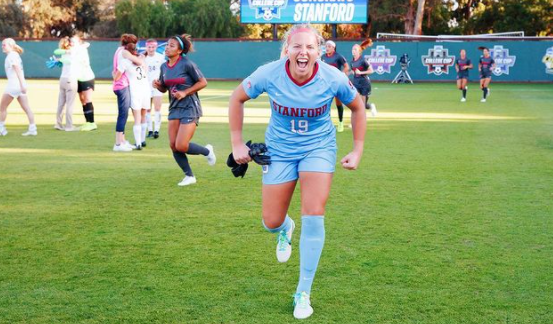 In an announcement made by Stanford University on Tuesday, the university confirmed the passing of Katie Meyer in an on-campus residence. Katie Meyer was a senior majoring International Relations and minoring in history. She was also captain of the soccer team.

Stanford originally announced ‘the passing of an undergraduate’ on Monday, but noted ‘we cannot yet share the student’s identity nor can we share the cause of death.’ Both announcements were made by Susie Brubaker-Cole, the Vice Provost for Student Affairs.

Katie Meyer was a senior goalkeeper and captain of the Stanford Women’s Soccer Team. She was a key member of the 2019 team that won the NCAA National Championship. Meyer made two key saves in a penalty shootout to secure the team’s third title in campus history.

According to the letter shared by Brubaker-Cole, Meyer “was extraordinarily committed to everything and everyone in her world. Her friends describe her as a larger-than-life team player in all her pursuits.” Meyer was just 22 years old and still had the rest of her life ahead of her.

“There are no words to express the emptiness that we feel at this moment. We are reaching out to all of you in our community, because this impacts all of us. Please know you are not alone. There are resources available to support us during this difficult time,” Brubaker-Cole added.

Katie Meyer and the Celebration Seen Around the World

Meyer had an incredible college career at Stanford University, both on the field and in the classroom. As a goalkeeper, she appeared in 50 games and led her team to a 34-12-4 record in those games. She was stingy at the net, only allowing 0.72 goals per game in her career.

Of all the big moments she had, her biggest one came at the end of the 2019 National Championship against North Carolina, which was knotted up 0-0 at the end of two overtimes. She had not one, but two saves in the shootout and her celebration after the second went viral.

Most of social media loved it. Some of social media didn’t. Meyer addressed those that didn’t like it. “Going forward, I hope that if girls react that way again, which they will, because women are fierce, and everyone likes to play and be competitive — I hope the reaction stays positive.”

During her time at Stanford, Meyer was a one-time NCAA champion, two-time Pac-12 champion, and a member of the 2019 College Cup All-Tournament team. She was also a two-time Pac-12 Fall Academic Honor Roll inductee and 2021 CoSIDA Academic All-District 8.

YOU MAY ALSO LIKE: Trinity Rodman Signs Biggest Contract in NWSL History

Although the cause of death hasn’t been released, our hearts go out to Katie Meyer’s family and those that were close to her – including all of her teammates. It’s a tragic story and a tragic ending to a life that was only just beginning. There are resources available if you need help.