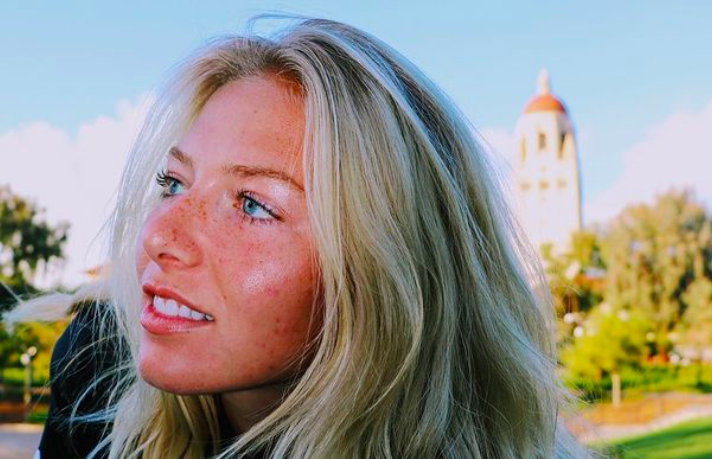 On February 28th, the 22-year-old athlete took her own life and was found unresponsive at an on-campus residence at the university. After the County of Santa Clara Medical Examiner-Coroner later determined that “there is no indication of foul play, and Meyer’s death was determined to be self-inflicted,” her family is taking legal action against Stanford for involvement in her death.

Media outlet Sports Illustrated recently obtained legal documents that illustrate the reason for the lawsuit, the Meyer family arguing that “the actions that led to [her] death began and ended with Stanford University.”

According to the lawsuit, Katie was facing a disciplinary issue for allegedly spilling coffee on a football player who had been accused of sexual assault. After facing an unforeseen Violation of the Fundamental Standard, which meant she would not be able to receive her diploma on time and risked termination from the school, her mental health quickly declined.

“Stanford’s after-hours disciplinary charge, and the reckless nature and manner of submission to Katie, caused Katie to suffer an acute stress reaction that impulsively led to her suicide,” the lawsuit reads.

The suit continued to allege, “Katie’s suicide was completed without planning and solely in response to the shocking and deeply distressing information she received from Stanford while alone in her room without any support or resources.”

Continuing, the Meyer family pointed out that Stanford University lacked proper resources for student mental health, despite Katie urging them that she was under stress. “Katie, sitting alone in her dorm room, when it was dark outside, immediately responded to the email expressing how ‘shocked and distraught’ she was over being charged and threatened with removal from the university,” the lawsuit detailed.

“Stanford failed to respond to Katie’s expression of distress, instead ignored it and scheduled a meeting for 3 days later via email. Stanford employees made no effort whatsoever to check on Katie’s well-being, either by a simple phone call or in-person welfare check,” the Meyer family’s attorney relayed.

At this point in time, Stanford University denies any involvement in the death of the soccer captain and shared in a statement to PEOPLE, “The Stanford community continues to grieve Katie’s tragic death and we sympathize with her family for the unimaginable pain that Katie’s passing has caused them. However, we strongly disagree with any assertion that the university is responsible for her death.”