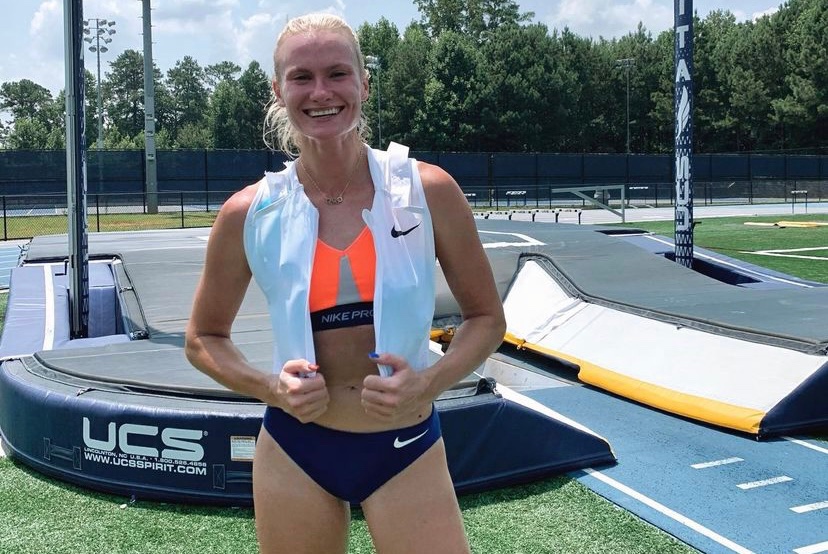 Ohio native Katie Nageotte has just made history after becoming the third woman in United States’ history to bring home a gold medal in pole vaulting. The Olympic champion cleared 16 feet and 1 inch during her last attempt to finish in first place.

Amazingly, she beat Anzhelika Sidorova of the Russian Olympic Committee, who earned a silver medal for her 4.95m clearance.

“It hasn’t even begun to sink in yet. This is the biggest dream I have ever had for myself, and here I am living the dream,” the 30-year-old commented to reporters after her exciting win, according to People.

With nerves running rampant, Nageotte admitted that she wasn’t sure how her competition would play out. Apparently, during her first attempt at clearance, she nearly failed to get herself over the pole. In fact, she referred to it as, “the worst warm-up I have had in a long time and I did an ugly first few jumps.”

She went on to explain, “It took me a few heights to get into it, but I was just fighting and I finally found a smooth jump. It came together.”

Nageotte also joked that she would have felt really bad for her family if she didn’t clean up her act because they got up in the early hours of the morning just to watch her. “I know my family got up very early to watch, and I would have felt very bad if I’d made them get up at 6 in the morning to watch me no-height,” she said to ESPN.

Nageotte also touched base on the fact that COVID-19 has been a very stressful time in her life, so she is very grateful to be able to take home a gold medal in this difficult time. “This is about as good as I could feel. We’ve all been through so much with COVID and everything, I’m really grateful,” the pole vaulter stated.

After her incredible performance, Nageotte also took to Instagram to share her thanks with those who have been supporting her since the very beginning. She opened her statement with the fact that she was unable to sleep, sharing, “It’s 6:30 am and I just don’t think sleeping is in the cards for me tonight,” but then went on to write, “I cannot thank everyone enough for the love and support all these years. This is just as much yours as it is mine.”