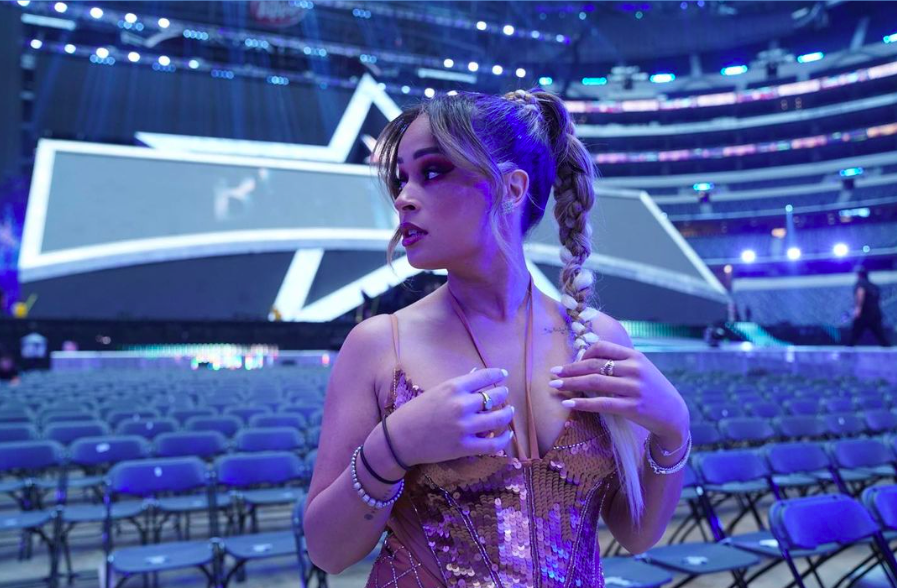 Kayla Braxton of WWE recently opened up about the fact that she was conceived after a stranger sexually assaulted her mother.

In the wake of the historic United States Supreme Court landmark case Roe v. Wade being overturned, the federal government has effectively made abortion illegal. Initially, abortion was protected on a federal level in 1973 with the case of Roe v. Wade, but after nearly 50 years of stability, the case was overturned.

Although many states have jurisdiction over the decision to keep abortion legal, conservative states will likely see abortion bans in the coming months. The decision was voted on by a majority conservative judge panel, Justices Clarence Thomas, Neil Gorsuch, Brett Kavanaugh, and Amy Coney Barrett, three of whom were appointed by Republican President Trump.

“We hold that Roe and Casey must be overruled,” Justice Samuel Alito wrote in the majority opinion. “The Constitution makes no reference to abortion, and no such right is implicitly protected by any constitutional provision.”

However, many argue that abortion should be a protected constitutional right, as the person carrying a baby has autonomy over their body. A major argument in favor of Roe v. Wade is in the case of rape; if a stranger sexually assaults a woman and she is to become pregnant, the woman should not. be forced to carry her rapist’s baby.

Kayla Braxton gets honest with the world following Roe v. Wade being overturned

“Just want to leave this here for the ignorant and arrogant people who have chosen to remain uneducated about what this means for we women who bear this burden,” Braxton wrote on Twitter, beginning her statement in regards to the Supreme Court decision. She included a photo of all the times abortion is medically necessary and shared the sentiments, “I did not write this, but it encompasses the reality. I would also add – I’m pro- a woman doing what’s best for HER.”

For Braxton, the decision to abolish the constitutional right to abortion has a slightly different impact on her due to her background. On social media, the anchor revealed the shocking news, “I am a product of rape. My mother was raped by a stranger – to this day, neither of us have any clue who my birth dad is.”

“She chose to have me – clearly – but she did so because she CHOSE to. Not because a law told her she HAD to. It should always be our choice,” Braxton added.