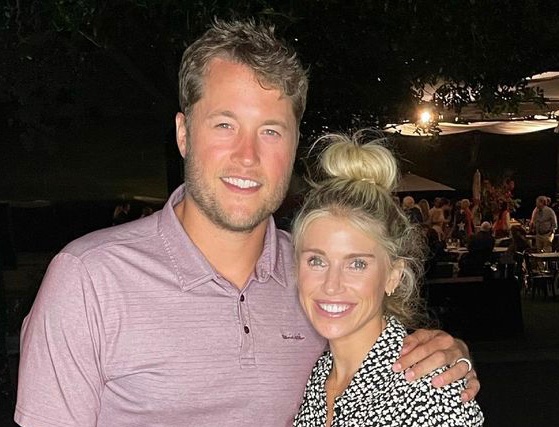 During the Rams’ 31-10 loss at Levi’s Stadium, the 32-year-old was allegedly caught throwing pretzels at a group of 49ers fans that were being disrespectful. However, a fellow attendee supposedly caught her doing this, and felt it justified some questions after the game.

Taking to Instagram to question her actions, the anonymous fan has since deleted the comment alongside Stafford’s response. However, before it was taken down, TMZ got ahold of the original post.

“WHY DID YOU THROW A PRETZEL AT A NINER FAN sitting behind me???” the fan questioned. The fan then added, “Who do you think you are to do such a thing? You are lucky you didn’t hit me with it because the outcome would have been different for YOU.”

“Show some class and support your husband and his new team with grace, please. I am a Rams fan and am embarrassed by your actions last night,” the anonymous individual continued. The statement was then concluded with the advice, “Hopefully you will be more aware of what you are doing in the future and set a better example for your children.”

Kelly Stafford refers to herself as an idiot in her apologetic comment.

However, Stafford was not about to leave herself undefended. In a now-deleted response, Stafford supposedly retaliated with claims, “Girl I knowwwww I’m an idiot. He was saying a bunch of things that were aggressive towards our crew but zero excuses.”

“I tried to apologize, but in the end knew I was wrong. Will always stand up for my guy and everyone I love, but obviously I needed to do it completely different! I’m embarrassed too! Sorry, you had to witness me in my weak moment,” she added.

This is also not the first time Kelly has gotten caught up in an apology. Stafford apologized after calling the state of Michigan a “dictatorship” for banning indoor gatherings when COVID-19 cases were rising, stating, “I got caught up in the heat of the moment, that is my fault… knowing these local business owners and watching them struggle and having to lay off their employees, not knowing how they are gonna make it.”

Representatives of the family or the team have not yet made statements in regards to the incident.