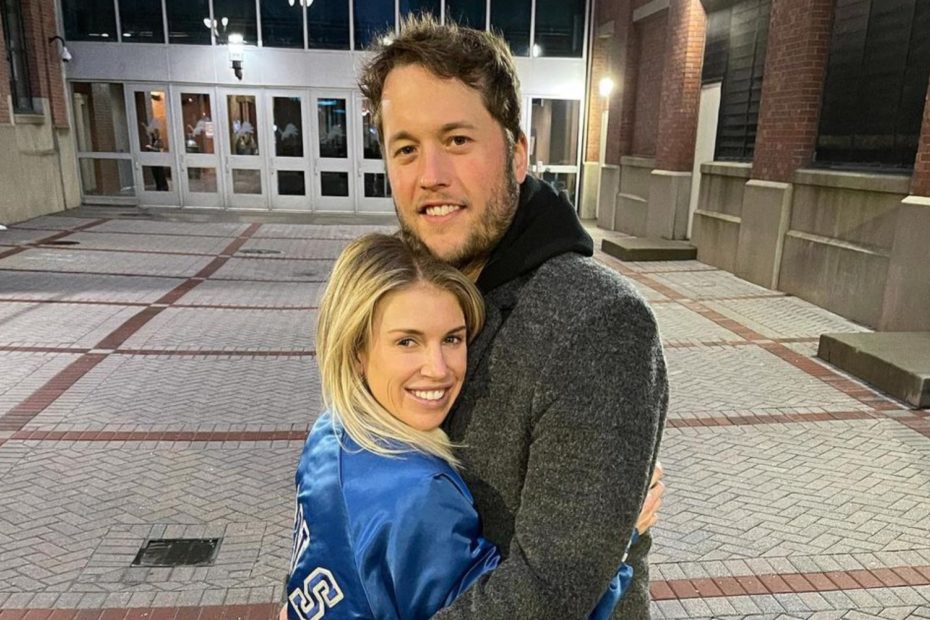 Matthew Stafford’s Wife, Kelly Stafford, Thanks Michiganders For All Their Support Following His Trade to the Rams

Matthew Stafford’s Wife, Kelly Stafford, Thanks Michiganders For All Their Support Following His Trade to the Rams

It’s a new chapter for Matthew and Kelly Stafford and their family. After the news broke over the weekend of the NFL blockbuster trade between the Detroit Lions and LA Rams, it sparked dialogue and excitement across the country. Both teams would be getting a new quarterback and the Lions would be gaining multiple draft picks.

That’s all on the field, though. You can pocket all the analysis and “Xs and Os” of how Stafford will fit in Sean McVay‘s offense or how the Lions should handle filling their own quarterback position, either way, it will be interesting to see how all this plays out. It’s what is going on off-the-field that’s bittersweet, at least for Kelly Stafford.

Kelly, on January 25, posted a picture of her and Matthew outside Ford Field where she thanked Michiganders for all their support since day one. Stafford was drafted with the first pick by the Lions in 2009. Since then, his family has called Michigan home. That’s 12 years. Over a decade. They laid their foundation here now will pack up and move that foundation west.

“Thank you,” Kelly Stafford said in an Instagram post. “This place, our home, the people… it’s hard to find the words to explain what this place means to me. Random tears come very often when I think about not being here. This place supported me during the toughest time of my life and during the happiest times and I want to thank y’all in the right way.”

The Stafford’s have always been involved with the community in Michigan, giving back. Though the success may have not come with playoff wins on-the-field, the Stafford family was a success off-the-field, making it a point to be an example of a tight-knit close family while being charitable.

It’s obvious they embraced the Detroit culture and what the city embodies, the roll-up-your-sleeve, get to work, grind it out, and be the comeback kid, even when everyone counts you out. It’s how Matthew played every game he wore the Honolulu Blue and Silver, a guy you wanted to go to battle with.

And it’s why in this post, his wife also said the phrase that you really only know and can understand if you’re a Michigander:

Kelly also said “#staffordstrong”, which points to the trying journey the family was on when, per the Atlanta Falcons, “Kelly Stafford (found) out she had a brain tumor” and thankfully battled it and recovered after surgery in 2019 with Matthew and her family by her side.

“Whenever I figure out what the future holds, you’ll be hearing from me again with a thank you that hopefully shows how much gratitude and love I have for this place.. but until then we are going to enjoy our time left in Michigan to the fullest because there really is no other place like it,” Stafford said.

In the meantime, it seems the Stafford family has been enjoying Michigan to the fullest and taking in all the snow before packing their bags and moving to southern California where, well, let’s just say it doesn’t snow that much there.