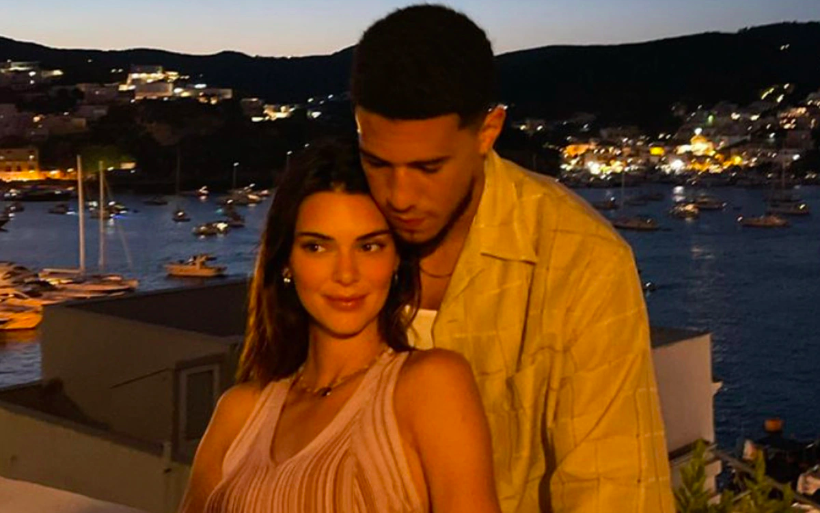 Kendall Jenner and Devin Booker’s Unseen Breakup Took the World By Storm, But Are They Giving Their Love a Second Try?

After two years of dating, reality TV star Kendall Jenner and Pheonix Suns player Devin Booker have called it quits. Or so we thought, in the latest update it appears the young couple is giving their love another shot!

“She and Devin are fully back together,” a source close to Kendall tells E! News. “They worked out their issues and decided they want to move forward and be together. “They moved on and it’s going really well.”

“They have been spending a lot of time together recently and Devin was her date to her friend Lauren‘s wedding over the weekend in Napa.”

Despite having a seemingly easy relationship, an insider reported to media outlets that the couple has split up. “Kendall and Devin hit a rough patch recently and have been split for about a week and a half,” E! News reported on June 22nd, relaying news shared by an anonymous insider close to the couple.

When Jenner’s sister Kourtney Kardashian was getting married in Italy, the two were seen together and had “a really nice time” during the wedding. In addition, another insider expressed in March that Jenner and Booker’s relationship was going strong. At the time, the source stated that Jenner is, “very much content with how things are with Devin right now.”

However, the source explained that once they arrived back in the United States after her sister’s wedding, things went astray. The source shared, “once they got back, they started to feel like they weren’t aligned and realized they have very different lifestyles.”

Although Kendall allegedly told Devin she “wanted space and time apart,” the two have remained committed to keeping their split amicable and remain hopeful for reuniting in the future. “They have been in touch since and do care about one another,” the source said. “They both hope to make it work, but as of now, they are split.”

Jenner and Booker first went public with their relationship in June of 2020. After rumors surfaced of their relationship, the two were Instagram official by February in honor of Valentine’s Day. In addition to anniversaries, the pair would also celebrate each other’s birthdays publically.

In March, Booker reflected on his relationship with Jenner during an interview with the Wall Street Journal. When asked how he feels about having a relationship in the spotlight, he responded that he is simply doing his best to live life to the fullest.

“I wouldn’t say hard,” he said. “Honestly, I’m enjoying life to the fullest, and that came off my tongue so easily because it wasn’t always this way, but I feel like I’m in a good place right now. I love my family, I love the people around me, and I love the impact that I get to have on this world.”