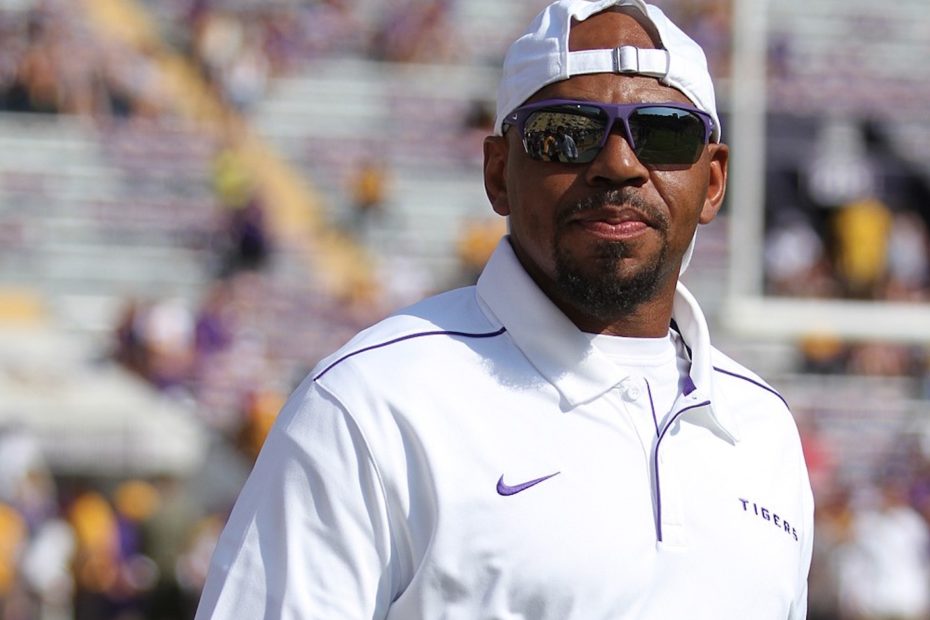 Kevione Faulk and her father, former New England Patriot Kevin Faulk were close. The father and daughter pair worked together for the LSU football team.

Kevin is a running backs coach for the team, while Kevione position with the team is unclear, it is known that she was also a student at LSU. Sadly, it was revealed on September 13 that Kevione has passed away, TMZ reported.

She was just 19 years old. Her passing was announced in a statement issued by LSU football’s official Twitter account.

“We are heartbroken with the passing of Kevione Faulk, and our thoughts and prayers are with the Faulk family and all of those who love Kevione,” the statement began. “She was a part of the LSU family, and we mourn the loss of a daughter, a sister, a friend, a classmate, and a colleague. We ask that all Tigers keep the Faulks in their prayers and respect their privacy at this difficult time.”

Kevione’s cause of death remains unclear. Her father played as a running back for the New England Patriots from 1999 to 2011.

On September 15, LSU head coach Ed Orgeron revealed that he doesn’t expect Kevin to coach in LSU’s upcoming game this Saturday against Central Michigan. “I don’t expect him to be here on Saturday,” Orgeron said, according to ESPN. “I expect him to take his time and put his family first.”

Coach Orgeron further revealed that the entire LSU family is “sick to their stomachs” over the sudden loss of Kevione. No further information has been revealed.

He won three Super Bowls with the team who was then led by future Hall of Famer Tom Brady. In 2016, Faulk was inducted into the Pro Football Hall of Fame.

Kevione was seemingly following in her father’s footsteps as he also attended LSU. Kevin has not yet publicly talked about Kevione’s passing.

According to WVCB, Kevione is also survived by her mother LaTisha and two siblings, Tanasha and Kevin III.