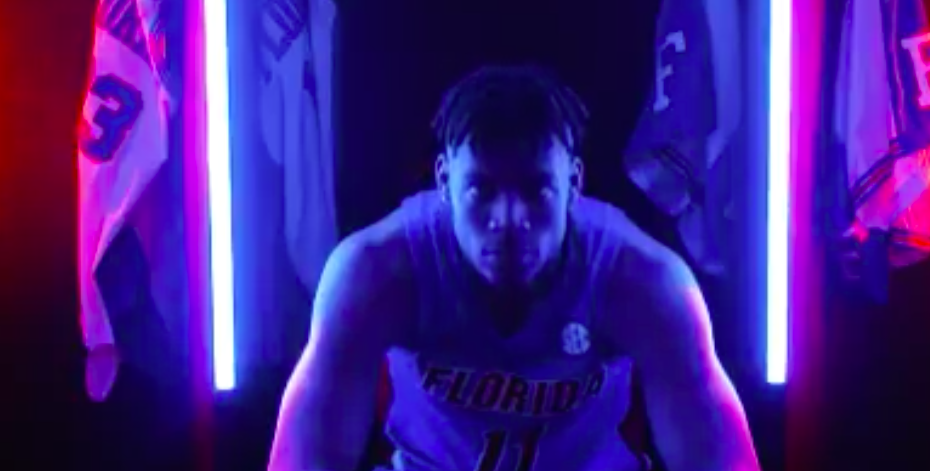 Keyontae Johnson Plans To Make Most Of Each Day After Miracle: ‘It Opened My Eyes To See How Grateful I Am To Be Here …God Said My Work Here Ain’t Done’

Keyontae Johnson Plans To Make Most Of Each Day After Miracle: ‘It Opened My Eyes To See How Grateful I Am To Be Here …God Said My Work Here Ain’t Done’

It’s a miracle that Keyontae Johnson is here today, to tell his story, after the horrific collapse during a NCAA game on December 12 (per the Florida Gators). It was a roller coaster journey for him, his family, his team, and the college basketball community praying for Johnson those days after in December, wondering how he was doing.

Now, looking back on that moment and looking ahead, Johnson said in a video he Tweeted on February 4: “This year has not gone how I planned, but my story continue(s) to be written and God said my work here ain’t done. Now, I’ll keep working. All love, Keyontae. Go Gators.”

Johnson’s next chapter in his life is one for the ages, as prayers were answered and he reflects on all that transpired.

“December 12th was a day that opened my eyes and my parents’ eyes to so many things,” Johnson said. “First off, to how grateful we are to God, to the many of who have prayed for me and have written to me and reached out. It opened my eyes to see how grateful I am to be here and how I plan to make the most of it each day.”

Though Johnson said his season is over and won’t be able to play the sport he loves, he still plans on being there for his team.

“I will be there for my teammates and the staff every step of the way,” Johnson said. “For now, my goal is to help in any way I can while also concentrating on my health and continued progress with my doctor.”

Johnson spoke with Florida Gators’ Chris Harry “in his first interview since his haunting collapse Dec. 12 at Florida State” according to the Florida Gators.

Johnson talked about that day to Harry:

“‘I would say I’m blessed to be here, yes. There’s just not a lot more to say that that,’ Johnson said, recalling that day when a cardiologist — like a guardian angel from above — just happened to be sitting courtside in Tallahassee and ran onto the floor to assist. ‘I was passed out. I could have died. She jumped out on the court and saved me. If it isn’t for her, I may not have had a second chance in life. You just can’t take life for granted.'”

Here are some more experts from their conversation:

Johnson via Florida Gators: “I was definitely scared…My grandmother was there in the room praying for me…We all prayed together and left it in God’s hands”

“Yeah, of course,” Johnson said via the Florida Gators when asked by Harry if he was scared (in the hospital) when he was ‘able to understand what happened’. “I was definitely scared. I had just woken up. I was confused and wasn’t sure what was going to happen next. My grandmother was there in the room praying for me. We all prayed together and left it in God’s hands.”

Johnson talked about how everything happens for a reason and on having a positive mindset moving forward.

Johnson via Florida Gators: “Everything happens for a reason and you’re always going to see the dark side before things get brighter”

“Basically, everything happens for a reason and you’re always going to see the dark side before things get brighter,” Johnson said via the Florida Gators. “To me, I can’t dwell on the situation. It happened. Me having a negative mindset can only mess me up in the future. So I’m trying to have a positive mindset and make sure everybody sees me happy. I’m a big leader on this team. If they see me down they’re going to think something is wrong and may cause us to struggle again. So I’m just trying to bring great energy, show everybody I’m smiling, that I’m fine, and just want the best out of these guys.”

Some more incredible news was reported by Harry “that the malady that sent Johnson face-planting to the floor at Tucker Center in Tallahassee on Dec. 12 was not COVID-19 related and the expert team of cardiologists studying his case had not ruled out the possibility of Johnson playing basketball again” per the Florida Gators.

The full interview of Johnson and article is on floridagators.com.