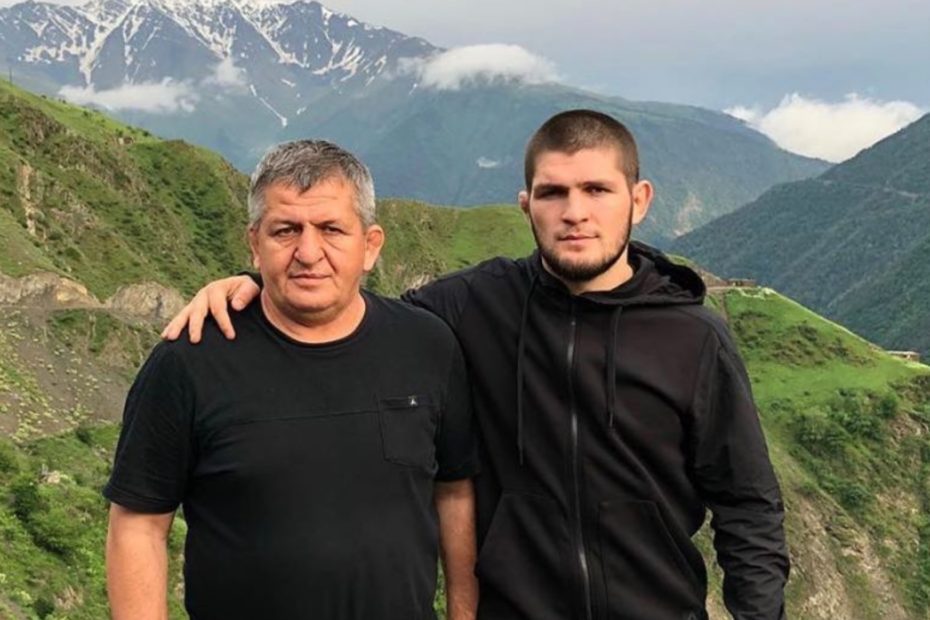 Khabib Nurmagomedov will retire as an undefeated UFC fighter after winning the final fight of his career on October 24 against Justin Gaethje at UFC 254. Khabib said his decision to leave the sport while at the peak of his career is because he can’t fight without his father by his side.

Khabib’s matchup against Justin was his first since his father, Abdulmanap Nurmagomedov‘s passing. Abdulmanap passed away in July from complications after contracting COVID-19.

In his post-fight interview, Khabib said, “Today, this was my last fight. Ain’t no way I’m going to come here without my father.”

“It was my first time after what happened with my father. When UFC called me about Justin, I talk with my mother three days. She don’t (want me) go fight without father but I promise her it’s gonna be my last fight, and if I give my word I have to follow this. It was my last fight here.”

After his final win, Khabib has retired with a career record of 29-0 and a UFC record of 13-0. As a result, UFC president Dana White said the Russian fighter will forever go down as one of the best to ever do it.

“He is one of the toughest human beings on the planet,” White told reporters. “He’s the number one pound-for-pound fighter in the world and, seriously, you have to start putting him up there at GOAT status.”

Khabib would later share a photo of him and his dad on Instagram after announcing his retirement.

“When ALLAH with you, nobody can broke you, nobody. Thanks, Father for everything, you teach all my life, may ALLAH grant you the highest Paradise,” the proud son wrote in the caption.

According to ESPN, Abdulmanap passed away in July 3 after being in the hospital since May. After testing positive for COVID-19, the father underwent heart surgery for a pre-existing condition. He was just 57 years old.