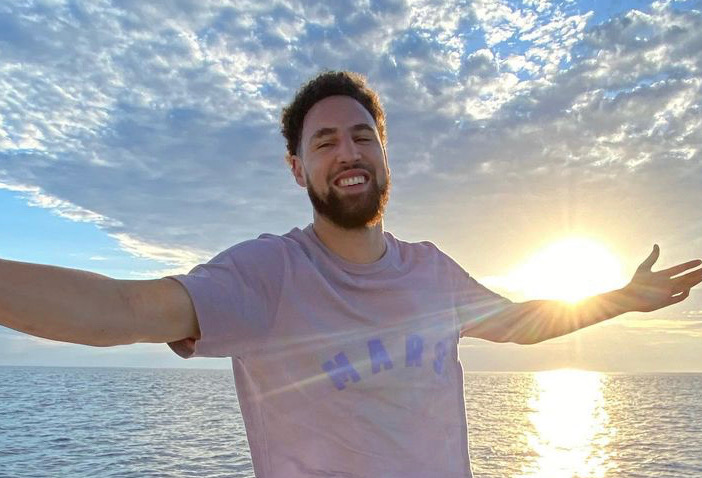 Klay Thompson Reveals the Truth About What 2020 Taught Him: ‘The World Needs More Love’

Klay Thompson of the Golden State Warriors has been out of commission since June of 2019 after he tore his Achilles heel. Participating in his last practice in November of 2020, he is officially making a comeback to the National Basketball Association.

In his reintroduction to the NBA, he shared in a press conference what he learned from his time in quarantine.

“I was the son of an NBA player. So, for a lot of my life, I was able to operate in spaces with a lot of white people, a lot of people who come from great families who go to college, who are lawyers, doctors,” the basketball player told the audience as he began divulging into the fact that quarantine made him hyper-aware of the problems that face marginalized communities.

Thompson added, “When you come to the NBA, you learn from your teammates and players who come from the inner city or the favelas of Brazil, and they have worked so hard to elevate their lifestyle.”

“Sometimes the cards are just stacked against you, whether it’s the neighborhood you grow up in, the school system you’re in. It’s hard just to obtain assurance of your next meal,” Thompson stated. He continued and built off this point when he later explained, “What 2020 really taught me is that we still have such a long way to go, especially in this country, for people to have the same opportunity I had as a kid. I had everything handed to me.”

Klay Thompson opens up about his experiences with prejudice

The five-time MVP shared his limited experiences with prejudice as a person of color growing up in predominantly white communities. “There are only a few kids of color, so, you would hear ignorant things. But it didn’t affect me as much as it does now in adulthood because I was a child. I just let it roll off my back whether it was hearing the N-word or racial epithets about marginalized groups,” Thompson first offered. He then went on to note how these instances of ignorance stick with a person well into adulthood.

“You remember those traumas as a kid, and I didn’t get much at all, but so many of my friends in the NBA have so many stories about being stereotyped,” Thompson shared. He went on to give examples and said, “It’s being pulled over for being Black or checked at the shopping mall or buying stuff and not thinking you could afford it. Stuff like that just opened my mind [to] try to be more compassionate to people who have had to deal with that for generations.”

Thomson elaborated on the fact that 2020 opened his eyes to the issues that plague the United States and because of this, more compassion is needed in the world. “I think 2020 really showed us that the world needs more love, and just to try to hear people’s stories because you don’t want to be judgmental of people who have gone through so much,” he proclaimed.