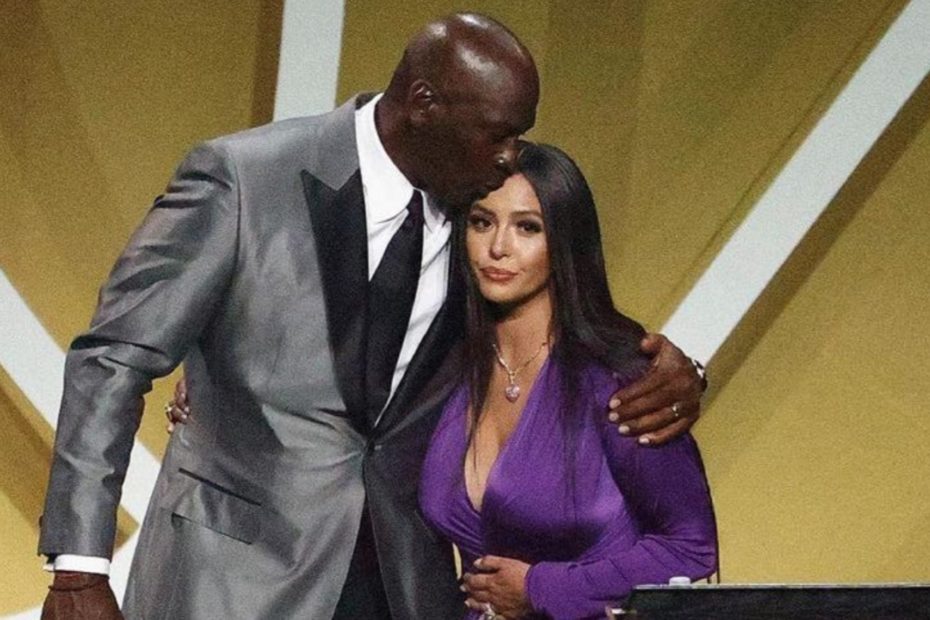 It’s been a year and a half since NBA legend Kobe Bryant, his daughter Gianna Bryant, and seven others passed away in a horrifying helicopter crash. Now, Kobe has been inducted into the NBA Hall of Fame posthumously and his surviving family members were there to honor him.

Prior to Michael Jordan’s speech, Vanessa Bryant, Kobe’s wife of 20 years, introduced Jordan and also shared a few words on her husband’s behalf. After thanking Jordan for being there, as well as several other beloved members of their family, Vanessa talked in length about his work ethic, his talents, and most importantly the love he had for his family.

Kobe Bryant Gets Inducted Into NBA Hall of Fame

“If my husband were here tonight, he would have a long list of people to thank that helped inspire him and equip him to be in the Hall of Fame,” Vanessa said. “Family, friends, mentors, the Lakers, teammates, muses, and opponents. This is one of the many hard parts about not having him here. At the risk of leaving anyone out, I can only say thank you. To all those who helped him get here, you know who you are, and I thank you on his behalf.”

Vanessa Bryant also kept the speech light, making jokes about her and Kobe’s relationship. In one instant, she mentioned how she would never praise her husband in public because enough people did that for him during his career and “someone had to bring him back to reality.”

However, she joked about what her husband would be thinking in heaven as she gave this speech in particular. “I’m sure he’s laughing in heaven because I’m about to praise him in public for his accomplishments on one of the most public stages.”

“I can see him now,” Vanessa continued. “Arms folded with a huge grin saying, ‘Ain’t this some sh*t.'”

Vanessa also talked about Kobe’s haters and how if he were here to give the speech himself, he would thank those people who told him he couldn’t make his dreams a reality. “He would thank all of them for motivating him to be here. After all, he proved you wrong.”

The proud wife also talked about why Kobe was so determined to play through injuries, telling the crowd that it was for the fans.

“People don’t know this, but one of the reasons my husband played through injuries and pain was because he said he remembered being a little kid sitting in the nosebleeds with his dad to watch his favorite player play,” she said as she looked at Jordan, who was visibly emotional. “He could recall the car ride, the convos and the excitement of being lucky enough to have a seat in the arena.”

And he never wanted to let the fans who had saved up enough money to buy nosebleed tickets down. Because that’s just the type of man that Kobe was.

In the end, Vanessa thanked Kobe for being a great husband and father and a man who always tried harder to be better than he was the day before and a man who learned from his mistakes. You can watch Vanessa’s full speech below: