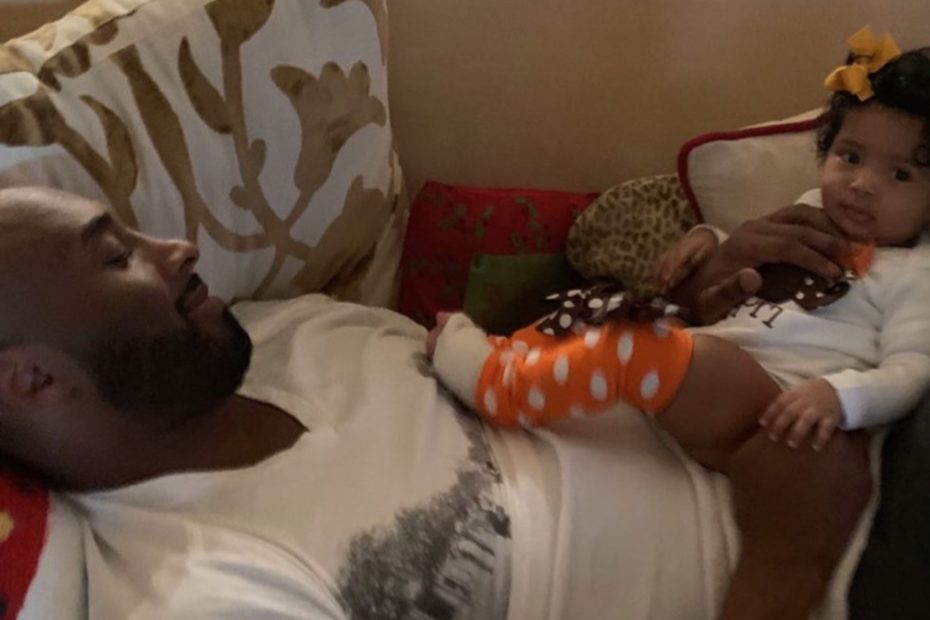 On May 20, Capri Kobe Bryant turned 11 months old, and just a few days after that, Capri—who the family affectionately calls Koko Bean took her very first steps. Koko is the youngest of Kobe Bryant and Vanessa Bryants four daughters.

KoKo’s was just seven months old when her father and her older sister Gianna ‘Gigi’ Bryant passed away in a tragic helicopter accident on January 26 in Calabasas, California, along with seven of their friends.

YOU MAY ALSO LIKE: Vanessa Bryant Reveals She Found a Letter Her Late Husband Kobe Bryant Wrote to Her on Birthday

In celebration of her baby daughter’s accomplishment, Vanessa shared a video of the little girl’s first steps. “My baby!!!! So proud of my Koko Bean. Capri took her first steps from her auntie Sophie to mama today,” Vanessa captioned the adorable video.

While giving her daughter celebratory kisses, you can her Vanessa tell Koko, ‘I’m so proud of you. I knew you were going to do it!”

At the beginning of May, Vanessa shared another photo of Koko with her followers. Koko was getting a kiss from her mom while wearing a beauty pink tank top. The mom mentioned in the caption that Koko was looking just like her daddy and that the outfit had one time belonged to Gigi.

While raising their three daughters, Vanessa is also doing an incredible job of keeping her husband’s legacy and dreams alive even after his death. On May 22, the proud wife announced that a young adult novel created by Kobe and written by his colleague Eva Clark will be release posthumously on July 21.

“‘Whether goose or swan, I have wings and I’ll fly.’ Introducing Geese Are Never Swans, one of my favorite novels created by my husband @kobebryant. Readers will meet his newest character Gus Bennett, an aspiring Olympic swimmer facing tough issues that he must overcome in order to win in the pool. This story perfectly highlights the healing nature that lies within sports. It’s out July 21st, but you can pre-order yours now: https://granity.me/geese.”

How inspiring is Vanessa and her three girls?