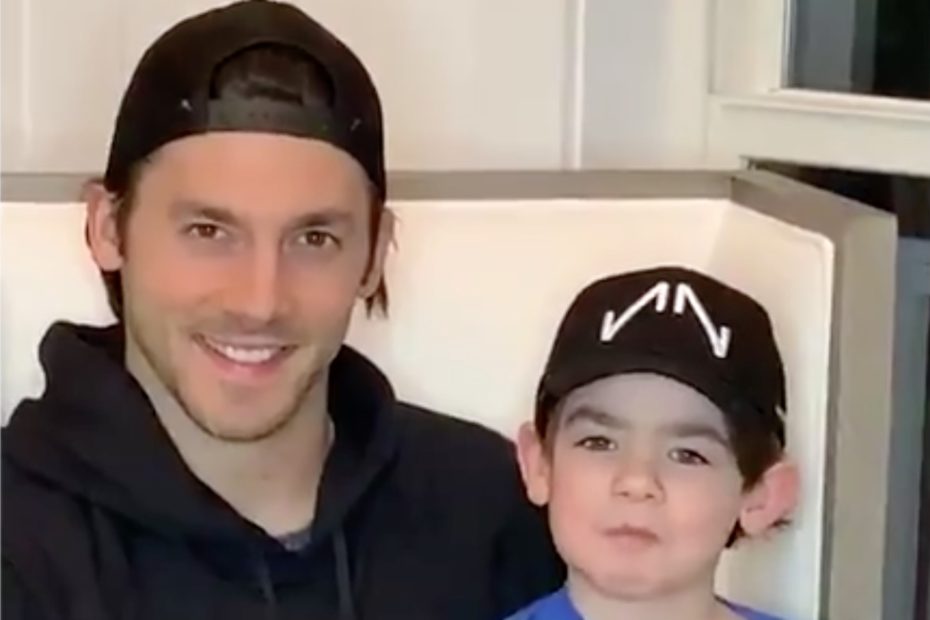 NHL Fans Have Spoken, Declare Kris Letang’s Son, Alex, Among the Purest of Kids in the NHL

NHL Fans Have Spoken, Declare Kris Letang’s Son, Alex, Among the Purest of Kids in the NHL

According to the National Hockey League’s Instagram feed, Pittsburgh Penguin defenseman Kris Letang‘s son “is too pure for this world.” On May 25, the NHL posted a video compilation of Letang’s son, Alex.

RELATED: NHL to Go Straight to Playoffs If Season Gets the Go-Ahead to Restart

The video showed off some of his best fan moments and now he’s in the running to win an NHL Choice Fan Award for Best Team Video. “Alex Letang is looking at you,” the Penguins wrote on its feed. “And he’s wondering if you voted for him in #nhlfanchoice.”

In the video, Alex can be heard telling reporters that he wants to be just like his dad and goes on to explain that he plays hockey already, even though he’s not in the NHL yet, he still plays just like his dad. And when asked if he plans on wearing the same jersey number as his dad, his answer was two-fold.

“I would be 58, but if my dad’s still playing and Crosby stops playing then I’d be the same number as Crosby,” Alex said referring to his dad’s teammate, Sydney Crosby, presumably his second favorite player.

The video is a compilation of all of Alex’s best quotes from the NHL’s most recent All-star even in January. And Kris admitted he was shocked by his son’s willingness to talk to reports in English.

“Really surprised,” Kris said. “Me and my wife had a great laugh after the event. We didn’t expect that. He’s really shy in English. In French, he can talk for days.”

And hockey fans everywhere can’t get enough of Letang’s little boy. “I’d die for Alex Letang, 100% for sure,” one commenter wrote. “In case you didn’t know, this is Alex Letang’s world and we’re all just living in it. GO VOTE for him!!”

After learning he was up for the Fan Choice Award, Alex campaigned for himself from home. “I’m Alex Letang,” he told the camera. “And I approve this message.” So do we, Alex, so do we.

1 thought on “NHL Fans Have Spoken, Declare Kris Letang’s Son, Alex, Among the Purest of Kids in the NHL”