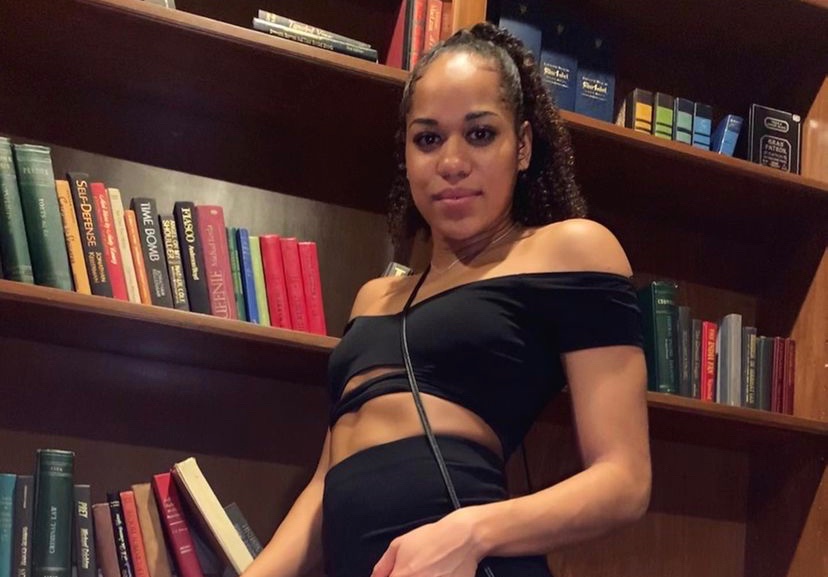 Indiana University student Kristen Hayden made history on Monday when she became the first-ever Black woman in the United States to win a national senior title for diving.

Alongside her diving partner Quinn Henninger, Hayden competed in the mixed synchronized 3-meter during the USA Diving winter national championships. The pair asserted their dominance by their third dive, each earning 7.0s and 7.5s points per the dives that followed.

Accumulating a total of 286.86 points in the competition, the two were ecstatic to be taking home the win. Considering it was the first time that Hayden and Henniger ever competed together, it makes their win all the more impressive.

“I don’t think words can even describe the feeling,” Hayden shared after the race. She went on to explain, “You read about people like that, you watch Serena Williams, Simone Biles, Simone Manuel, but when it’s yourself, it’s insane. I think the whole diving community is headed in the right direction and I just want to be a good example for young Black Americans or any minority really for diving in the U.S.”

When she secured her win, she joined Mike Wright as one of the only Black divers in the United States to hold this kind of win. Wright brought home a championship win in 2012 for the 1m springboard competition.

The USA Diving Twitter page also gave their congratulations to the 23-year-old diver. Knowing that Hayden had just made history, they offered the sentiments, “That moment @kristen_hayden made history. She just became USA Diving’s FIRST Black female National Champion and the FIRST ever Black U.S. Diver to qualify for the @fina1908 World Championships. We are so proud of Kristen and her synchro partner.”

Since the competition is not over yet, she will go on to compete in the synchro springboard with her partner Margo O’Meara, in addition to the individual 1m and 3m springboard events.

The athlete has been working towards this goal ever since she first started diving at the young age of 10. Now, 13 years later, she can confidently say that she is among the best participants in her sport.

Alongside her work in the pool, the athlete founded USA Diving’s Diversity, Equity and Inclusion Council.