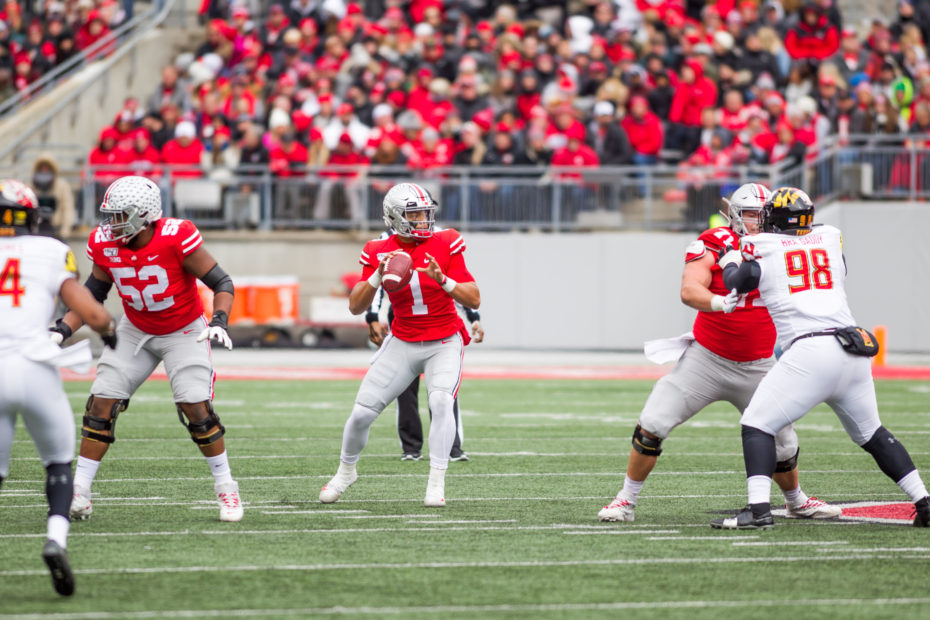 K’Vaughan Pope, Ohio State Linebacker, Has Burst of Anger on Field and Cusses Out School

Ohio State linebacker, now a former linebacker, K’Vaughan Pope was seen having a heated moment during Saturday’s game versus the University of Akron. The player was waived during the first quarter, set to return by the second until he was seen storming off and throwing his equipment.

When he walked into the locker room, a series of controversial Tweets flew from his social media account, dissing his own school.

Eleven Warriors news outlet reported, “Pope took his helmet off and appeared to have a heated verbal exchange with linebacker coach Al Washington before taking off his gloves and throwing them into the crowd.”

Yet, this was not the end of the outburst from the football player. In fact, it was only the beginning. EW continued and explained, “Team captain Kamryn Babb was among a contingent of Buckeye players that attempted to calm Pope down, but the fourth-year defender eventually walked to the locker room with Barnett by his side.”

Lettermen Row also went on to note the incident and offered the claims that “Eventually he was corralled by Buckeyes staffer C.J. Barnett in the south end zone, and Pope was guided back to the sideline. Once there, though, Pope took off his gloves and threw them into the stands and began removing his Ohio State jersey — which apparently caught the attention of coach Ryan Day. After another conversation with multiple staffers, Pope was then led to the locker room while the game was ongoing.”

What happened when K’Vaughan Pope was in the locker room?

Upon being released from the game, the young athlete pulled out his phone and let a few Tweets go that he would soon live to regret. Although the first one was seemingly harmless, a simple encouragement of good luck to his teammates, the following one was a bit more colorful. In his outburst of anger, the linebacker drafted up the phrase, “F— Ohio State.”

The following day, the college athlete wrote a detailed apology for his actions. “Last night I let my emotions get the best of me. For that, I want to apologize to my teammates, coaches, and Buckeye Nation. I made a mistake and know that I need to be better and do better. I’m going to take this time to reflect and work on my mental well-being,” he stated.

Despite this recognition of wrongdoing, Pope was still booted from the Ohio State team and has now entered the transfer portal for the NCAA, as reported by ESPN.