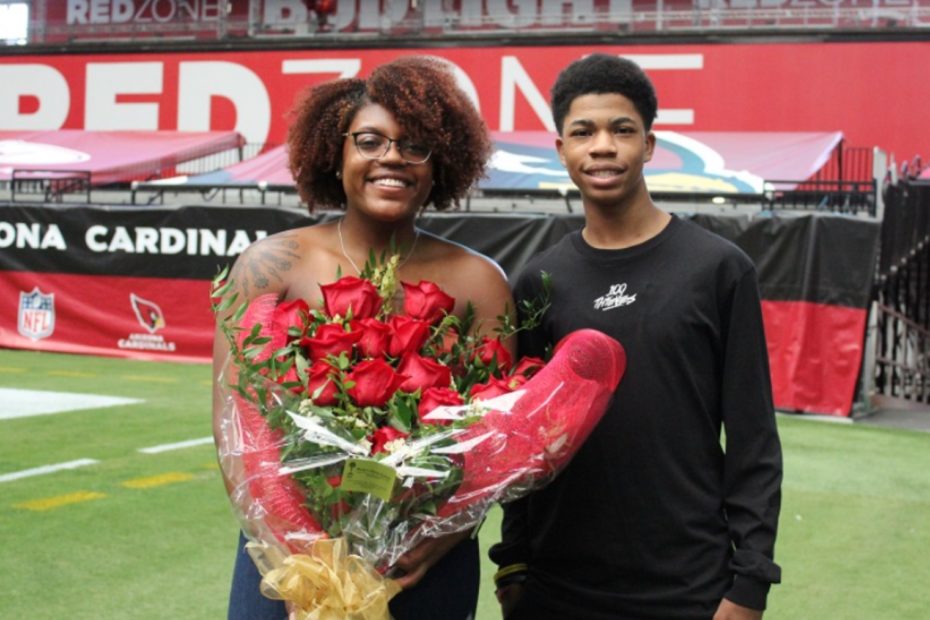 In an exclusive interview with People, Kwincy Lassiter, who is the son of the late former Arizona Cardinals defensive back, Kwamie Lassiter, talked about meeting the woman who donated bone marrow to him.

Lassiter was diagnosed with sickle cell disease shortly after he was born in 2000 and received the bone marrow transplant in 2016, People reported. Lassiter said that before the transplant took place, he spent all of his life in and out of the hospital.

Lassiter met his donor, Bree Randle in October. As Lassiter told People, he and his family had to reach out to the Be The Match Registry after doctors told them that a bone marrow transplant would help relieve Lassiter of some of the pain he had been dealing with.

The family reached out to the registry because none of Lassiter’s family members, not even his twin, were a match, People reports. But “unbeknownst them, a Texas State University college student named Bree Randle was about to be the answer to their prayers.”

“My friends and I were walking from band practice and the people at the tent were super friendly. They were like, ‘Hey, do you want to swab your cheek real quick? You could be someone’s perfect match and save their life.'” It was then that Randle volunteered to join the registry, she told People.

She also remembers being told, “you probably won’t be anybody’s match, but it never hurts to try.” And it certainly didn’t hurt in this case as Randle was eventually matched with Lassiter.

As Lassiter told People, Randle was a prayer being answered after his initial donor match backed out. “I was kind of blessed to get two donor calls, even though one (fell) through. It changed me and my family’s life.”

It was actually on the day Randle turned 20 that she made the live-saving donation. And now, four years later, Lassiter and Randle got to catch up for the first time since that fateful day.