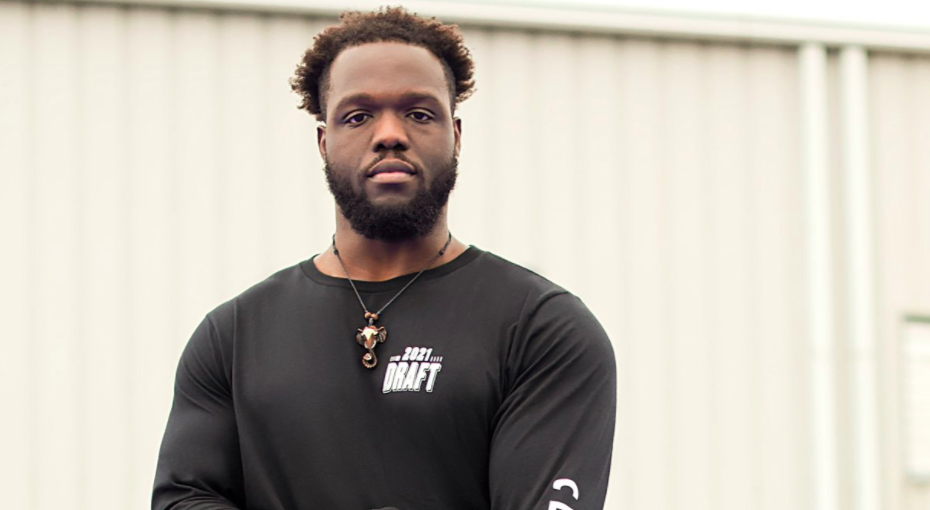 Lineman Kwity Paye Gets Drafted In the 1st Round, Says His Mom Now Is ‘Done Working. She’s Retired’

The journey to get to a day such as the NFL Draft is different for each player. Many may have had to go through some adversity, some ups and downs, hills and valleys to get to this point.

For Michigan Wolverines’ defensive lineman, Kwity Paye, it was no different. Selected by the Indianapolis Colts in the first round, this moment didn’t come without its real challenges and trials.

According to Insider’s Jackson Thompson, “for Paye, born in a refugee camp after his family fled Liberia, the moment signified fulfillment of a promise he made to his mother at 12 years old. At that time, he was growing up at the Lockwoode Projects in Providence, Rhode Island, while his mother, who had already escaped multiple civil wars in her life, working multiple jobs…Paye’s drafting meant that his mom Agnes would never have to work another day in her life.”

In a room where Kwity was surrounded by family and loved ones, including his mother, there was just one thing on his mind after all the pain, the turmoil, the adversity…

RELATED: When It Comes to a Bond Between Athletes and Their Moms, It’s Unlike Anything Else: So Here Is What Some Athletes Said About Their Moms on Mother’s Day

“She’s done working, she’s retired,” Paye said referring to his dear mother, as she stood by his side, to ESPN’s Maria Taylor after getting drafted.

Paye’s mother burst into joy after hearing her son say that. And you can see his family and loved ones were moved by that incredible, thoughtful gesture.

You can tell how much Paye has his priorities in order, including recognizing how much his mother means to him and taking care of his family.

Kwity’s mom isn’t just now “retired”, she also is got a Colts jersey from her son to seal the deal.

Part of Paye’s journey to where he is now was shared by NFL 360. Take a look below:

On the field, the Colts are getting one of the best players in the draft. Period.