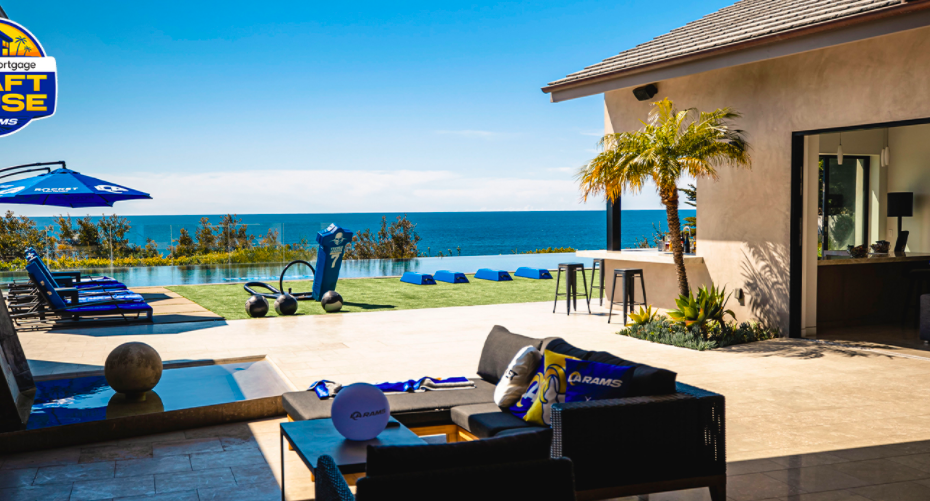 Check This Out: ‘NFL Draft With A View’ Order Coming Right Up For LA Rams 2021 Draft

Looks like the LA Rams will have the best look in the house on draft night.

Literally. They have a Malibu beach house set where they’ll be drafting from during the 2021 NFL Draft (the team posted pictures and a video of the home on Twitter).

Talk about incredible views while trying to view draft boards and making decisions for a franchise who wants to get back to the Super Bowl soon.

Here’s the views of God’s creation: the Pacific Ocean.

And just look at that sunset!

RELATED: Matthew Stafford’s Wife, Kelly Stafford, Thanks Michiganders For All Their Support Following His Trade to the Rams

The Rams are calling it the Rocket Mortgage Draft House in Malibu and released a sneak preview of it:

“I’m most excited about the 2021…be honest with you, the new draft room that we have,” Les Snead, Rams general manager, said in the video. “I mean, heck, the view! It’s unbelievable.”

The Rams won’t be drafting in the first round this year (unless they trade up) and “are poised to go seven consecutive years without a first-round draft pick…the last time the Rams used a pick in the first round it was (Jared) Goff, the first overall pick in the 2016 NFL draft” according to NBC Sports Pro Football Talk’s Michael David Smith

Goff, along with a bunch of draft picks (including the 2022 and 2023 first round picks per Smith), was traded to the Detroit Lions for Matthew Stafford.

Even without that first round pick, there’s the other rounds to look forward to and it looks like Snead is already looking forward to next year’s draft!

“Hopefully I’m just as excited about the ’22 draft because wait until we see this spread and see this view…you can’t help but draft well in an environment like this,” Snead said.