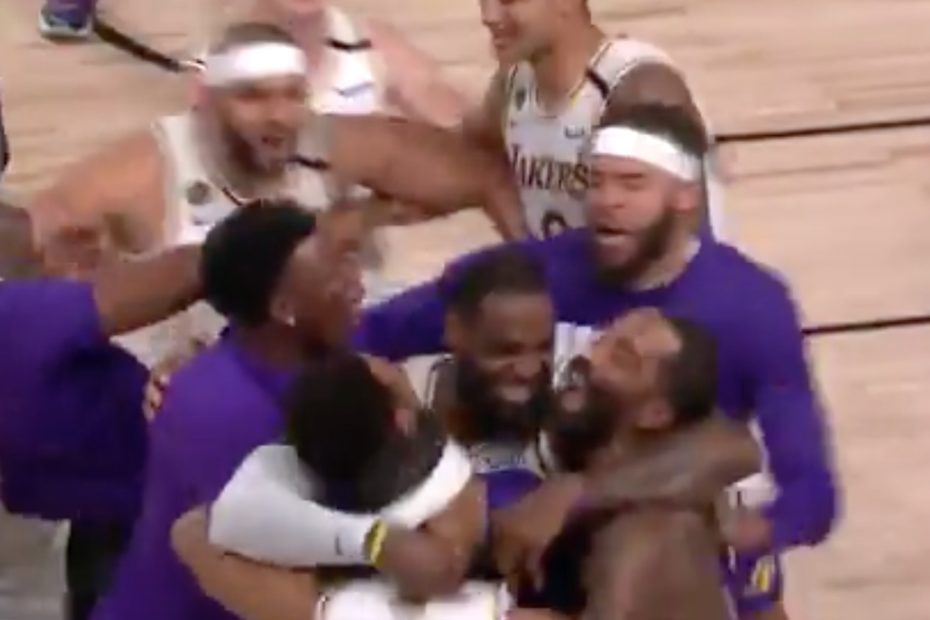 The first-ever NBA championship to take place in a bubble was won by the Los Angeles Lakers who beat the Miami Heat 106 to 93 in six games. It’s also the first championship the Lakers won since Kobe Bryant wasn’t a part of the team.

As the announcers revealed, it’s quite the way to cap off an emotional season. Emotional due to not only the pandemic the world is living through and because of the racial injustices the United States has been dealing with, but also because one of the most beloved Lakers of all time passed away tragical at the beginning of the year.

As At the Buzzer previously reported, Bryant, his daughter Gigi, and seven others passed away in January in a helicopter crash in Calabasas, California. And when the Lakers returned to play following their tragic passings, their season became dedicated to the Kobe and his family.

“Let this trophy serve as a reminder that when we come together and believe in each other, incredible things can happen,” Lakers president Jeanie Buss said as her team hoisted the trophy over their heads.

“Ever since the tragedy all we wanted to do was to it for him,” Anthony Davis told Rachel Nichols after the game. And while they had hoped to win it while wearing the black jerseys that were designed in honor of Kobe, Davis continued saying, “We did not let him down. I know he’s looking down on us proud of us, I know Vanessa is proud of us, and the organization is proud of us. He was a big brother to all of us. We did this for him.”

The Lakers are now tied for the most championship by an organization at 17. This is Davis’ first championship after he joined the Lakers in June 2019 when the Pelicans agreed to trade him in exchange for Lonzo Ball, Brandon Ingram, Josh Hart, and three first-round draft picks.

And it’s now proving to be a trade well worth it as Davis was either the leading scorer or the second-leading scorer behind LeBron James during the Final series. Ultimately, James was named the MVP of the Finals, his fourth of his 17-year career.

Vanessa has also offered her congratulations, writing on Instagram Stories that she wished Kobe and Gigi were here to see it. Congratulations to the Los Angeles Lakers.