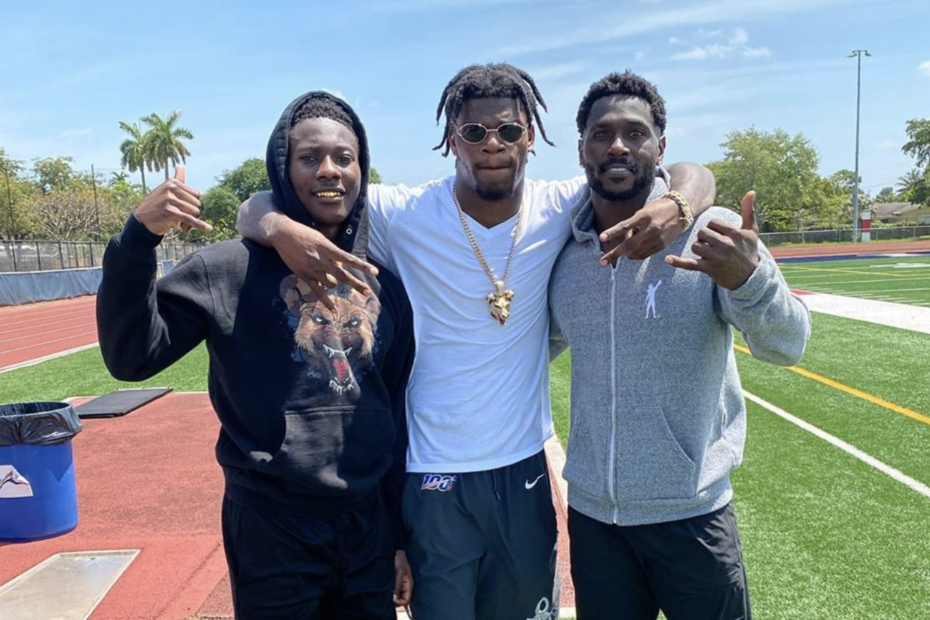 Lamar Jackson, Hollywood Brown, and Antonio Brown held a workout on April 1, 2020. The trio caught a lot of media attention, as the reigning MVP was practicing with current free-agent Antonio Brown.

Not much is known about the relationship between Jackson and AB, but that didn’t stop a lot of speculation and rumors spreading around social media.

While it is hard to believe that the Ravens would be interested in signing such a controversial player, the partnership of Jackson and Antonio Brown would be nothing short of spectacular. Considering the fact that the Ravens lost tight-end Hayden Hurst in a trade, Baltimore should definitely be looking into improving their selection of receivers.

Lamar had a ridiculous 1,200 yards rushing last season, and 36 touchdowns through the air. The Ravens’ offense was nearly unstoppable with their dominant run-game, but with a superstar wideout added to their roster, Baltimore could assemble the scariest offense in the NFL.

Unfortunately for AB, however, it appears that the Ravens will look to improve their receiving core through the draft, not free agency. Given that this year’s draft is loaded with incredible wide receivers, this move makes sense.

Antonio Brown’s production is like no other. Not including the 2019 season, AB had six consecutive seasons with over 1,000 yards receiving, and four seasons with 10 or more touchdowns.

His career seemingly fell apart, however, following multiple incidences of crime, as well as confrontations with his own team.

While this workout likely means nothing, it was an interesting choice of workout partner for Lamar Jackson, especially considering all the controversy surrounding Antonio Brown.