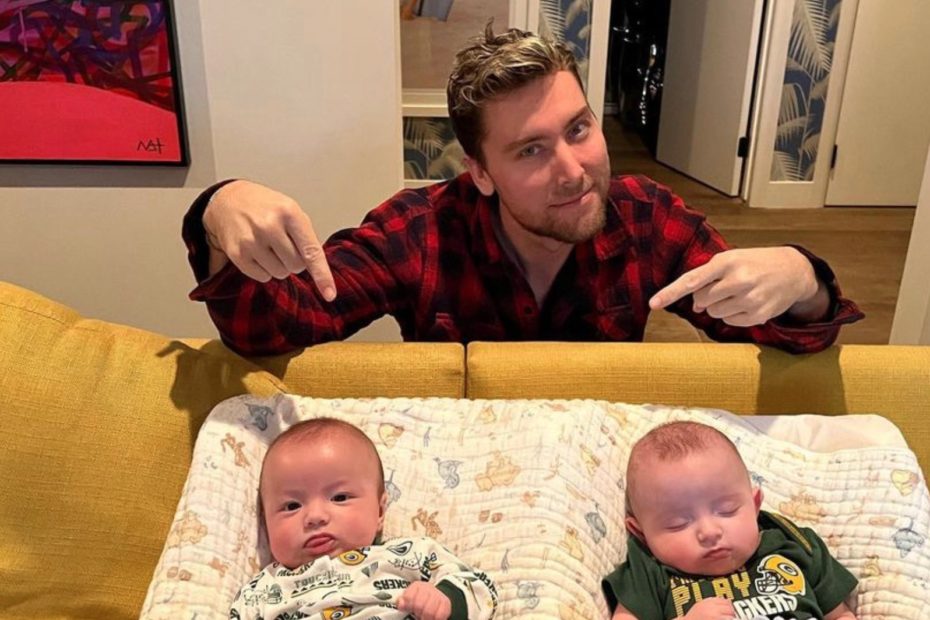 When the Green Bay Packers played the San Francisco 49ers during Saturday’s divisional playoff game, former NSYNC member Lance Bass was vocal about who he wanted to win.

The 42-year-old father decided that the best way to vocalize his support for the Wisconsin-based team was dressing his 3-month old twins in astonishingly cute outfits.

Violet Betty and Alexander James, the children of Bass and his husband Michael Turchin, could be seen on Instagram sporting Green Bay beanies and bows with matching green and gold onesies.

“We now know who the true Packer fan is,” wrote Bass on Instagram. He even added, “Anyone know if they make infant-size cheeseheads???”

The photo of him holding up his little cheeseheads also sparked endless support within his comment section. Emmanuelle Chriqui responded with the sentiments, “Omg!!! Too much!!!!” and Melissa Peterson even added to the discussion, “I’ll be over with some cheese curds asap!!”

Lucky for the dads, the tiny Green Bay fans have reportedly been on their best behavior since being brought into the world 3-months ago. Bass reported in an interview with PEOPLE, “It’s actually been better than expected.”

RELATED: LA Rams No. 1 Receiver Cooper Kupp Says He Wouldn’t Be in the NFL Without His Wife

“It’s been a lot easier than we thought. We’re just lucky — and knocking on wood right now that this doesn’t change,” he continued. The singer explained, “They’ve been so well-behaved. They don’t make too much noise. They cry when they need to get changed and fed.”

Although Green Bay had the support of the entire Bass-Turchin family, the Green Bay Packers ultimately lost the game to San Francisco 13-10. According to Green Bay’s head coach Matt LaFleur, he blames himself for the loss. “That can’t happen,” LaFleur said after the game. “It’s unacceptable. And, again, that’s on me.”

However, San Francisco credits their win to hard work and dedication. Niners safety Jimmy Ward explained, “We knew how the weather was going to be, even though it was great football weather. But we knew it was going to be hard for either team to score points.”

“We find ways, whether it’s running, passing, defense stepping up big, special teams today,” said their quarterback. “That’s what makes a good football team. That’s what we are.”

Head coach Kyle Shanahan just seemed happy to see his team continue on to the next round, though. he commented during a post-game interview, “To be able to say that and to actually come to fruition and those guys pulled it off was huge for those guys and huge for our team.”