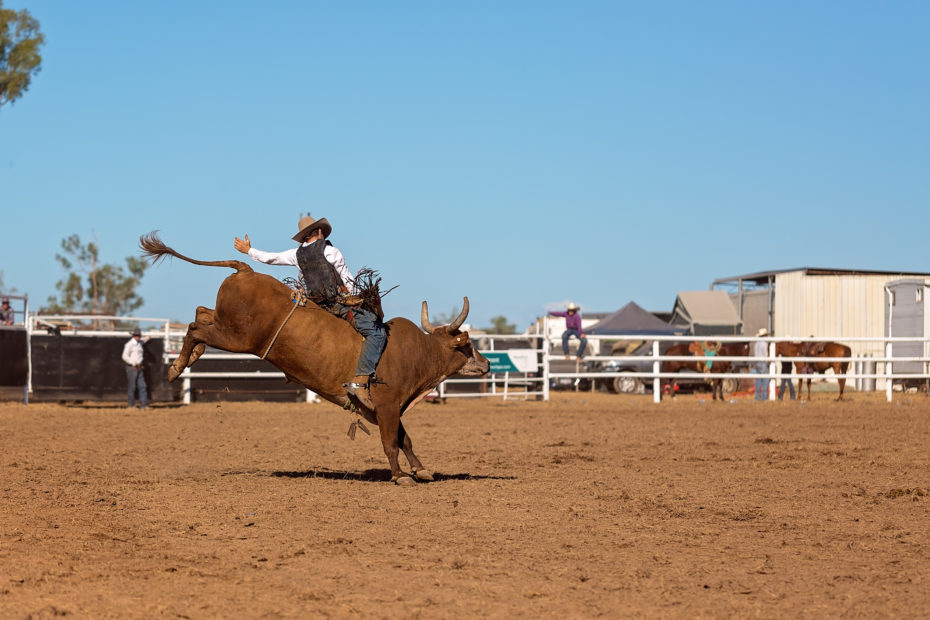 Eighteen-year-old Louisiana native Cody Hooks had a fall that could have cost him his life had his dad not been there to protect him.

Last month, the teenager posted a video that only now has been taking the internet by storm. The bull rider was bucked from the animal during a rodeo in Belton, Texas, a mere moments after entering the ring.

Although there are handlers in place to control the animal when a rider falls, in this case, they failed to do so. Cody was left motionless in the dirt as the bull went back to charge him, but his father, Landis Hooks, quickly placed himself atop his son, protecting Cody’s head from the bull’s horns.

Thankfully, both parties were able to walk away with little injuries.

Despite his father being jabbed in the side, the teenage rider was happy to report that the bull’s charge, “could’ve been a [hell of a] lot worse” when he posted the clip on Instagram.

Within the contents of the social media post, Hooks noted that it isn’t typical fashion for him to post falling content, but given the special circumstance, it seemed appropriate to share with his audience.

“Not one to post falling off, but big thanks to my dad @hooks.landis and the bullfighters,” he wrote in the caption. Hooks also included that he was, “#blessed” to walk out of the situation with minor damage.

The video was initially posted in the middle of February but has since amassed over 207,000 views. From all across the world, fans have been showing their support for the Hooks boys.

The heartwarming showcase of father-son love was even viewed by Ghost Adventures’ Zak Bagans. Bagans, who hosts the notable paranormal TV show on the Travel Channel, wrote in the comments of the video, “Amazing! Go Dad!”

In addition to Zak, more commenters acknowledge the bravery Landis Hooks showcased in the ring. More specifically, they applauded his fatherly love and his willingness to sacrifice him to ensure the safety of his child. “A father willing to lay down his life for his son!” one person wrote.

“That’s pure cowboy right there. Hope everyone involved is ok, and hats off to your dad,” another Instagram user wrote.