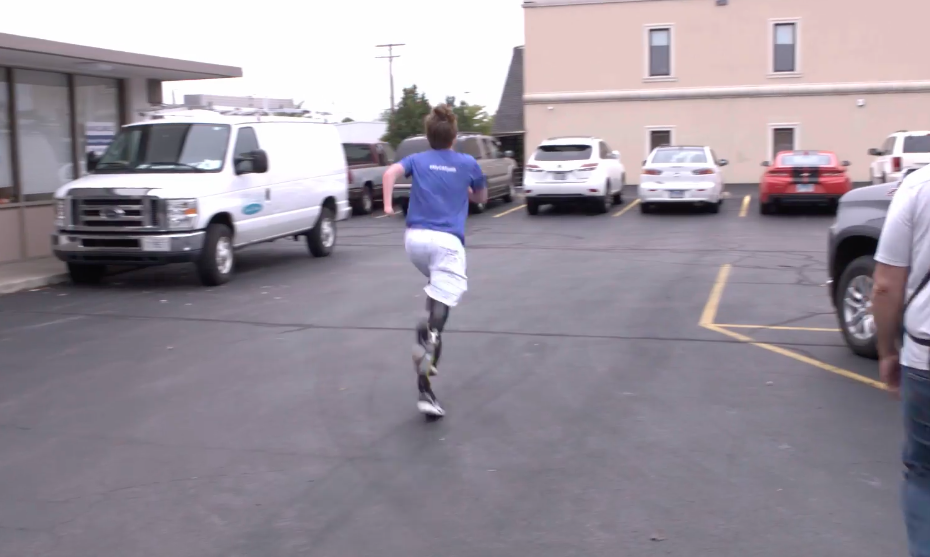 Landis Sims. Remember that name because this dude has a bright future.

If you already remember that name, you may have seen the Yankees giving Sims a one-day contract with the team in 2016.

According to a Challenged Athletes Foundation (CAF) Facebook post: “Landis was born limb deficient, missing his hands and lower legs and quickly showed those around him that he was a determined and capable child. No ‘missing’ part was going to hold him back. He has continued to participate with his peers in baseball and basketball through hard work, determination…”

In a recent feature article on Sims by Kyle Neddenriep with the Indianapolis Star titled: “‘He’s like every other kid’: 15-year-old excels at basketball without hands or legs”, Neddenriep highlights this now high school student-athlete five years later who’s making waves and being an inspiration for others on and off the basketball court.

Per Neddenriep: “Landis Sims is a 6-foot-2 freshman at South Central High School in Indiana. He competes in basketball and baseball — without hands or legs…Landis’ motto has always been: ‘Just watch me.'”

“I like when people tell me I can’t do something,” Sims said per the Indianapolis Star. “So I can prove them wrong. It gives me more grit to go out and do it.”

“Last year, somebody I hang out with a lot asked me if I was going to be a manager because they didn’t think I’d be able to keep up with the team,” Sims said via the Indianapolis Star. “I said, ‘No, I’m going to play. I’ll keep up. And I have so far.’”

Neddenriep also mentions “Christian Kiper…a freshman and South Central’s second-leading scorer (who’s) been friends with Landis since the first grade. Kiper said anytime he thinks about complaining or feeling sorry for himself at practice, all he has to do is look over at Landis.

“There are so many things that I’d never guess he could do but he does them,” Kiper said via the Indianapolis Star. “He surprises me. He’s very inspirational.”

In 2020, the Challenged Athletes Foundation announced that “MLB hosts Eric Byrnes and Kevin Millar presented Landis with a brand-new pair of Össur running legs on behalf of CAF, Össur, and Rotter Prosthetics”.

The Challenged Athletes Foundation’s mission is “to provide opportunities and support to people with physical challenges, so they can pursue active lifestyles through physical fitness and competitive athletics. The Challenged Athletes Foundation believes that involvement in sports at any level increases self-esteem, encourages independence and enhances quality of life”.

If you’d like to support the Challenged Athletes Foundation, you can do so here.

May this be an inspiration for you today, whatever you are going through. When somebody tells you you can’t, know you can. When there’s a will, there’s a way. Go get your dreams. Period. The sky is the limit.

No matter what obstacle may come your way, keep the faith, fight the good fight, stay the course, and know everything happens for a reason. Go tackle that obstacle today and move to your purpose in your journey!