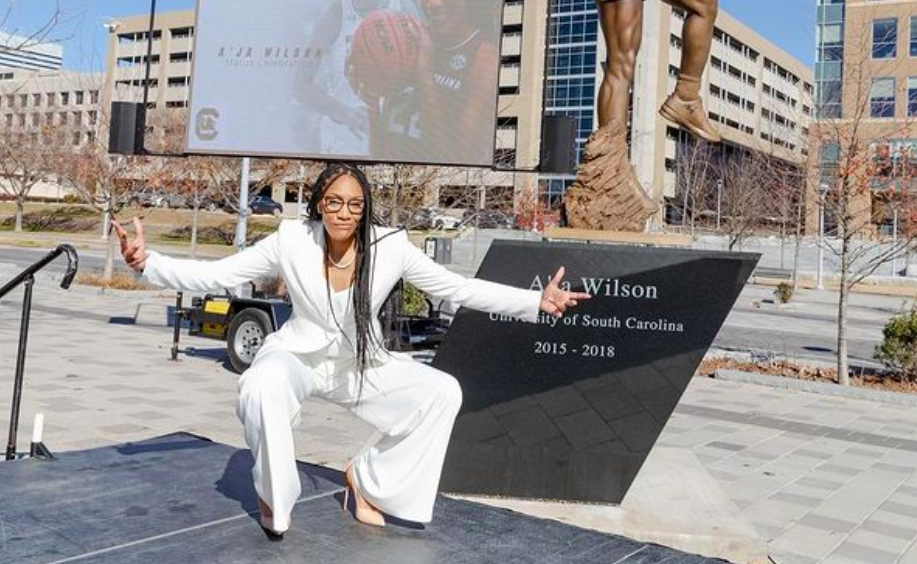 A’ja Wilson of the Las Vegas Aces was recently named the WNBA’s most valuable player for the second time in her career.

The 26-year-old received her first MVP nomination in 2020 and following her big win this year, she is officially the seventh player in league history to win MVP honors more than once. And, as far as her fellow players are concerned, she is well-deserving of that title. “Pieces come and go, but it’s A’ja’s franchise,” guard Kelsey Plum said of Wilson in an interview. “Everyone knows that. If you don’t get with that, you won’t be here.”

Prior to the Aces taking home a win during the semifinal series against the Seattle Storm, which advanced to the WNBA Finals, the athlete discovered she had been named this year’s MVP. According to Wilson herself, it was shocking information.

“It doesn’t even sound real,” she explained, per ESPN. “It’s something you don’t really even dream of. You look at the list of people who have won more than one, and it’s incredible to think about. I smile just to have my name in [the] MVP conversation because our league is so tough.”

Wilson fought for the title alongside Seattle’s Breanna Stewart, who also had a previous MVP title under her belt. However, the 26-year-old Aces star received 31 of 56 first-place votes and 478 total points, whereas Stewart only received 446 points.

Alongside her MVP title, she is expected to receive $15,450 and a trophy from Tiffany & Co. Given her position as the most valuable player throughout the entire league, Wilson feels prepared to step up to the plate as a leader for not only her team but the entire organization.

“My role this year is to really be a vocal leader and also the emotional leader of the team,” she shared. “But I’m not bossing people around. It’s got to be about mutual respect. And I’ve formed relationships and bonds with each of my teammates in a way where I know I can hold them accountable, and they can do the same for me.”

She continued, “It’s all a part of how I’m still developing who I am as a player and a person. It hasn’t all been easy, but I wake up every day like, ‘All right, I get another opportunity to have fun and do something that I love.'”