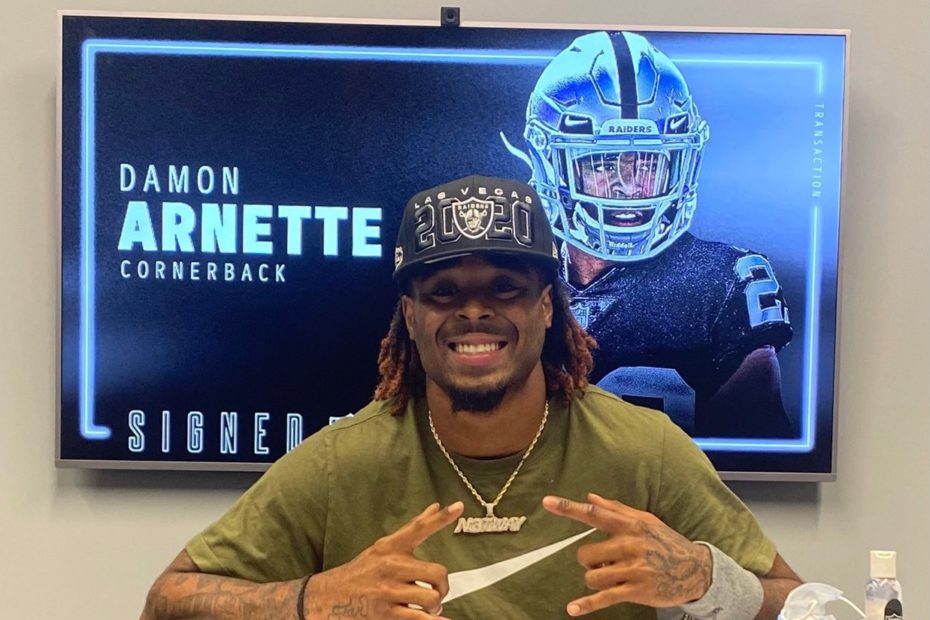 Alongside Henry Ruggs, the Las Vegas Raiders are removing their second player in less than a month. Damon Arnette, a cornerback for the NFL team, was waived when a video of him waving around a gun and threatening an unnamed assailant was discovered on the social media site TikTok.

The 25-year-old was a first-round draft pick for the Raiders in 2020, but the importance of having Arnette on the team has quickly changed. In fact, many of the coaching staff reported him struggling throughout the season. He has been on injured reserve since early October and also faced scrutiny for a car accident last year. Upon review, the team has decided that now is the best time to let Arnette go.

“Very painful decision,” Mike Mayock, the Raiders general manager reported during a press conference, according to ESPN. “We spent significant time, effort, and resources trying to help him in all aspects of his life.”

“There have been a series of bad decisions over the last year or so, but we can’t stand, we cannot stand for the video of Damon with a gun, threatening to take a life,” Mayock continued. He additionally included the sentiments, “The content was unacceptable, contrary to our values, and our owner Mark Davis has been very clear and very consistent that this is not how we will conduct ourselves in this community. The bottom line — the Raiders will not tolerate this type of behavior.”

Arnette’s actions are quite honestly appalling, especially considering there is video evidence proving that he is not innocent. Although the video has since been removed from TikTok, it received quite a bit of feedback before its removal.

Mayock, in reference to Arnette, added to his statement and shared, “from my perspective, he’s a very talented young man with a good heart. He cleans up his life, I know he can make a living in the NFL. But not now, with the Raiders.”

The player is an alumnus of Ohio State and once he was fresh out of college, he was accepted into the Raiders family with hesitation. According to the general manager, there was “significant concern” over Arnette’s behavior after drafting him.

“At the time, we thought it was an acceptable risk … after doing more homework on Arnette than anybody we’ve done in the years I’ve been here. And obviously, we missed, and that is 100% on me,” Mayock stated.