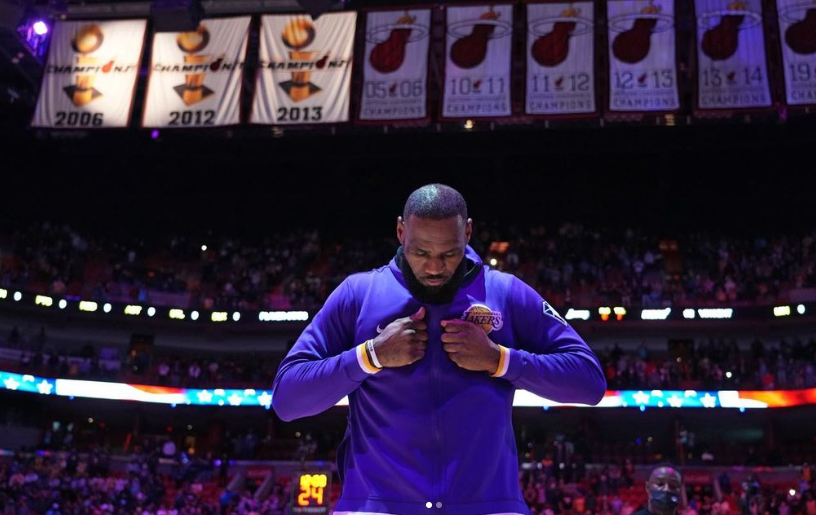 Lebron James Is Officially a Billionaire, 12 Other Billionaire Athletes to Achieve the Rare Status

As the NBA’s highest-earning player, his $385 million shows young athletes what’s possible when you give your all to the sport – and with contracts getting richer, it will be easy to surpass in the future. With that said, it’s his $900 million off the court that separates him from the pack.

RELATED: 25 Athletes Who Went On to Be Successful Elsewhere

Other Billionaire Athletes to Achieve the Rare Status

Becoming a billionaire, no matter your profession, is an extremely difficult feat to achieve. Did you know there are only 2,668 billionaires in the world and they’re worth a combined $12.7 trillion? For reference, there are roughly 2,800 people in the world that stand above 7-feet tall.

With that said, you’re probably wondering what that list of billionaire athletes looks like – it’s not that long, but it has some of the wealthiest people in the world and they’ve proven that athletes can become successful in a variety of industries – they’re much more than just athletes.

Michael Schumacher is one of the greatest Formula 1 drivers of all-time. He made his debut in 1991, recorded his first win in 1991, and went on to win 91 times in his career. He won seven championships, a joint record with Lewis Hamilton, and five-straight between 2000 and 2005.

According to Forbes, Schumacher earned $1 billion in his career and was one of the world’s first billionaire athletes. Unfortunately, he was involved in a tragic skiing accident in 2013 that left him in a medically-induced coma with brain damage. Schumacher is still recovering to this day.

Phil Mickelson has been under heavy criticism as of late, but let’s not forget he’s one of the richest athletes of all-time. He was already worth over $800 million in 2021, but then he sold three private and three public golf courses – bringing him well above the $1 billion mark.

Not only that, but he allegedly recently signed a $200 million contract with LIV Golf – meaning his wealth will continue to increase, despite his criticism as of late. Mickelson turned pro in 1992 and has 57 career wins, including 45 wins on the PGA Tour and six major championships.

Staying in the realm of golf, Jack Nicklaus is one of the greatest of all-time and while he made a lot of money playing golf, he made even more designing golf courses. Forbes estimated his career earnings at $1.15 billion in 2016, largely due to the 400 courses his firm had designed.

As a player, Nicklaus attended Ohio State University and turned professional in 1961. He has 117 career wins – 73 came on the PGA Tour. He won 18 major championships, which included six Masters, five PGA Championships, four U.S. Opens, and three The Open Championships.

Our third golfer on this list is Arnold Palmer, who’s career earnings were estimated at $1.35 billion by Forbes in 2016 – the same year he passed away. While he made a lot of money on the golf course, he made even more with 500 stores in Asia and the beloved Arnold Palmer drink.

As a player, Palmer attended Wake Forest College and turned professional in 1954. He retired with 95 career wins – 62 of which came on the PGA Tour. He also won a total of seven major championships, including four Masters, two The Open Championships, and one U.S. Open.

Roger Federer became the first ever tennis billionaire in 2020 and it showed just how far the tennis industry has grown – especially for the players. With over $130 million in career tennis earnings, he has made over $900 million in sponsorships, investments, and endorsements.

Federer has been ranked No. 1 in the world a total of 309 weeks in his career, including 237 consecutive weeks – a record that still stands today. He was the year-end No. 1 player five times, has a career 1,251-275 singles record, and has won 20 Grand Slam tournaments.

Moving on to soccer, let’s talk about Lionel Messi – arguably the greatest the game has ever seen. He surpassed the $1 billion mark in career earnings back in 2020 and has continued to make $130+ million per year ever since. He has shown no signs of stopping anytime soon.

In addition to becoming the sport’s second-ever billionaire, Messi has played in 812 career games. He has recorded 683 goals and 318 assists in his career with Barcelona and Paris Saint-Germain. He had a down year in terms of production, but he’ll work his way back to form.

When we said Messi was arguably the greatest the game has ever seen, Cristiano Ronaldo is the argument – case and point. He became the sport’s first billionaire in 2020, made around $125 million in 2021, and set for another $115 million in 2021. He’s basically a walking bank.

Ronaldo has spent a majority of his senior career with Manchester United, Juventus, and Real Madrid – as well as Portugal. He has played in 933 career senior matches, scoring 698 goals and dishing 230 assists in those games. He’s also a five-time Ballon d’Or award winner.

They don’t call him Floyd ‘Money’ Mayweather for nothing. In 2018, towards the end of his career, he was the highest-earning athlete with around $285 million made. He even personally claimed to be a billionaire with over $1.2 million made in his career during an interview.

Mayweather turned pro in 1996 after winning a bronze medal in the 2016 Olympics. He went on to have a legendary pro career that lasted more than 20 years and included an undefeated 50-0 record (27 knockouts). His defense was some of the best we’ve ever seen, but he can also hit.

Anna Kasprzak is a name most people won’t recognize on this list, but she’s estimated to be worth over $1.3 billion – largely thanks to her owning ECCO, a Danish shoe manufacturer, with her brother and mother. She has also made some money as an equestrian (dressage rider).

Kasprzak, who is only 32 years old, represented Denmark in two consecutive Olympic Games – 2012 and 2016. While she never medaled, she did place fourth in the team event in 2012. She also won a silver medal in the team dressage discipline at the 2017 European Championships.

Ion Tiriac is another name most people won’t recognize, but he’s estimated to be worth over $1.5 billion as of 2022. While he made a little bit of money as a pro tennis athlete, a majority of his earnings have come from his interests in real estate, auto, and financial services.

As a tennis player, Tiriac had most of his success in doubles – a 294-141 record with 22 titles and one Grand Slam. He has coached some of the game’s best, including Boris Becker, Marat Safin, and Guillermo Villas. He was also a renowned ping pong star and Olympic ice hockey player.

Alright, back to some billionaire athletes that we know – Tiger Woods recently made a special return to golf following a tragic car accident. He’s the game’s richest player and became a billionaire in 2009. According to Forbes, he has made over $1.7 billion in career earnings.

Woods turned professional in 1996 and hasn’t looked back ever since. He has 110 wins to his name, 82 of which on the PGA Tour. He has also won 15 major championships, the second most all-time, including five Masters Tournament wins and four PGA Championship wins.

No athlete has ever made more money than Michael Jordan – the man, the myth, the legend. While he only made a little over $94 million during his time in the NBA, his marketability and investments have earned him just under $2 billion. He’s currently the owner of the Hornets.

Jordan is one of the NBA’s greatest players ever. He spent 15 years in the NBA, leading the league in scoring 10 times and steals three times. He was a six-time champion, five-time MVP, and former Defensive Player of the Year that averaged more than 30 points per game in his career.

Future Billionaire Athletes to Keep an Eye On

In 2014, the same year Michael Jordan joined the list of billionaire athletes, LeBron James said, “Obviously I want to maximize my business. And if I happen to get it, if I happen to be a billion dollar athlete, ho. Hip hip hooray! Oh, my God, I’m gonna be excited,” in an interview with GQ.

Not even a decade later, James has reached the milestone himself and joins a small list of billionaire athletes to do so. While that makes him the first active basketball player to reach the status and the first athlete in 2022, he won’t be the last and might not even be the last this year.

YOU MAY ALSO LIKE: 20 Athletes Who Have Used Their Money for Good

Some soon-to-be billionaire athletes that are projected to reach the status (either soon or in the future) include Serena Williams, Dwayne ‘The Rock’ Johnson, Lewis Hamilton, Mike Trout, Stephen Curry, Kevin Durant, Neymar, Patrick Mahomes, Canelo Alvarez, and Tom Brady.