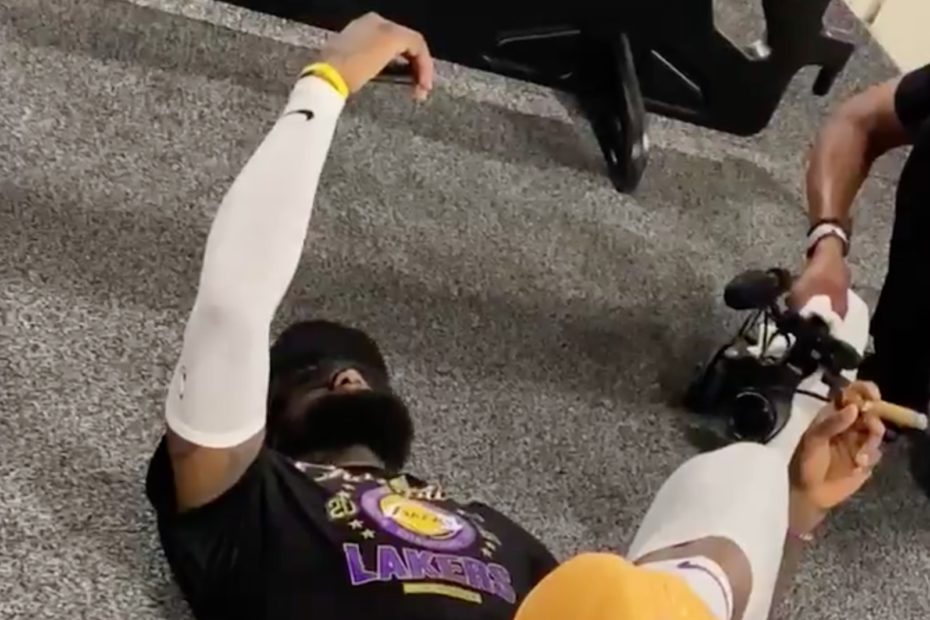 LeBron James Celebrates Championship With a FaceTime Call to His Mom

LeBron James Celebrates Championship With a FaceTime Call to His Mom

It was no secret that LeBron James was missing his mom and his little ones while in the NBA’s bubble for the last several months. Following the suspension of the NBA’s season in March, due to COVID-19, the organization resumed its season several months later in what was called the Bubble.

RELATED: LeBron James Says His Children Won’t Visit Him in NBA Bubble Basically Because They Don’t Want to Be Bored

The Bubble was created at the Walt Disney World Resorts. It allowed players, staff, and other employees remains quarantined throughout the reminder of the season.

And while it helped keep everyone safe and effectively prevented the spread of the novel coronavirus within the NBA, it also resulted in the players and staff being away from their loved ones for months. As James once said during a press conference during the second half of the season, his time in the bubble is the longest he’s ever been away from his beloved mother.

“It was the first time in my life I had gone that long without seeing my mom. I hadn’t seen my mom since All-Star Weekend and then I saw her three weeks before we had to report to our respective cities. That was extreme for me. Obviously, you guys know my story coming from a single-parent household and being an only child. My mother was 16 when she had me.”

And now that the Lakers have won the championship, and he has since been reunited with his children and mother, James couldn’t wait to celebrate with his #1 fan. Immediately after being named Finals MVP for the fourth time in his career, James FaceTimed his mom.

While laying on the floor of the arena, still dressed in his uniform, championship t-shirt and hat, James was captured telling his mom that “God is good.” He also thanked his mom for all the sacrifices she’s made to get him to where he is today.

“Everything that you have been through, everything that I’ve seen, it’s nothing that can stop me. Cause this sh*t right here, this is nothing compared to the sh*t you had to go through. God is good, God is great. I hope I continue to make you proud, mom.”

How sweet is that? Congratulations, again, to LeBron James and the rest of the Lakers organization.