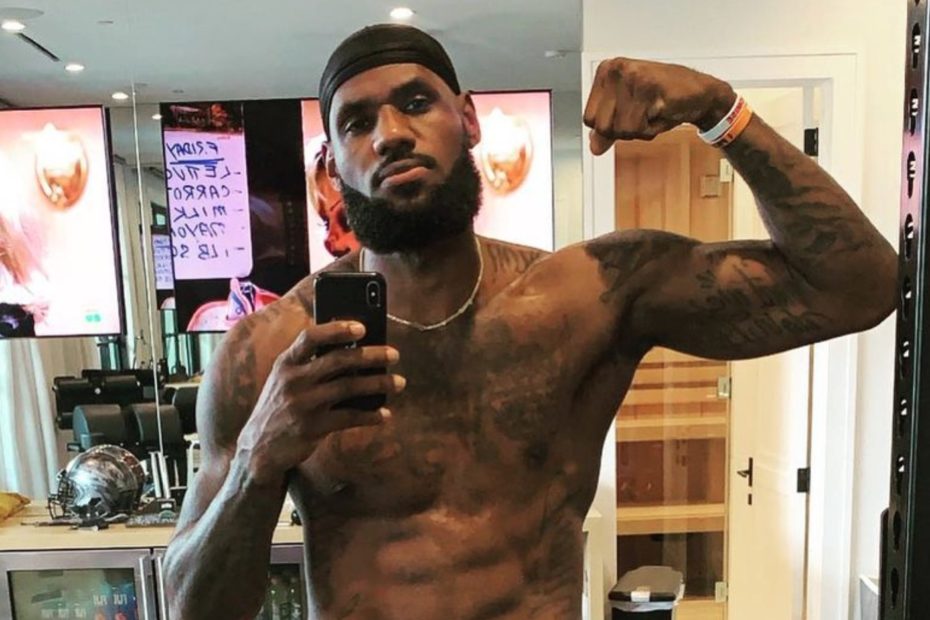 On April 30, to close out the month, LeBron James was back on an NBA court in the purple and gold. It’s obviously where he’s used to being when that ball is tipped off and the Lakers are squaring up against their opponent on a night in and night out basis.

One of the best to ever play the game isn’t used to being on the bench, supporting his teammates in street clothes. But, it’s something James had to do for a bit. In fact, before April 30, LeBron had “been out since March 20 with a high ankle sprain…the longest absence of his career” ESPN noted. ESPN also reported that same day that “sources told ESPN’s Adrian Wojnarowski (James)…could return” from the injury.

After all was said and done, the Los Angeles Lakers lost to the Sacramento Kings but it wasn’t without their MVP putting up 16 points, eight rebounds, and seven assists in 32 minutes. Not too shabby. And dare I say really good after that long of an absence with an ankle injury.

Here’s highlights from the game:

LeBron said he felt “OK” with his first game back in a while and that it was a good start back to playing.

“For my first game in six weeks, I felt OK,” James said in the postgame press conference. “As far as my wind, I felt pretty good. As far as my ankle, my ankle was a little tight at times, obviously you know just doing different movements, different things thatI haven’t done obviously in a game situation in six weeks. So, I think as the games go on, that will continue to improve. But, I came out unscathed and pretty good. So, it’s a good start.”

Here’s what those weeks not being able to play were like for LeBron before playing again:

“It’s been urgency for me to get back ever since I got injured,” LeBron James said. “…That’s just who I am, if you guys could’ve seen the logging of minutes and hours per day I was doing per day as far as rehab and treatment, it was a lot more than I slept…”

That’s a lot of rehabilitation and treatment going towards taking care of your body to get back to the game you love. Mad props to that dedication to the craft and more importantly, to taking care of his health.

“That’s over the last six weeks, that’s all I’ve been doing is having the urgency to get back and play…getting back to 100%, it’s impossible,” James said. “I don’t think I’ll ever get back to 100% in my career but I felt comfortable where I knew I could get on the floor and help my team win.”

James also mentioned at the beginning of the postgame press conference that he didn’t play 5-on-5 during those weeks but was doing “a bunch of individual workouts…a lot of running” for conditioning. The 32 minutes showed he had the conditioning going for him. As he mentioned, his “wind…felt pretty good”.

It carried on to the next game when the Lakers played the Toronto Raptors. LeBron played 28 minutes, putting up 19 points, six assists, and seven rebounds.

But, in that game, James was forced to leave the game early “after experiencing soreness in his right ankle,” according to CBS Sports’ Michael Kaskey-Blomain and Jasmyn Wimbish.

James didn’t suit up in the Lakers following game against the Denver Nuggets and “on Wednesday afternoon, Lakers coach Frank Vogel confirmed that James would be sidelined for Thursday’s matchup with the Los Angeles Clippers and then be listed as day-to-day going forward,” CBS Sports reported.

After the LA rivalry, the Lakers are set to play the Portland Trail Blazers on the road the following evening.