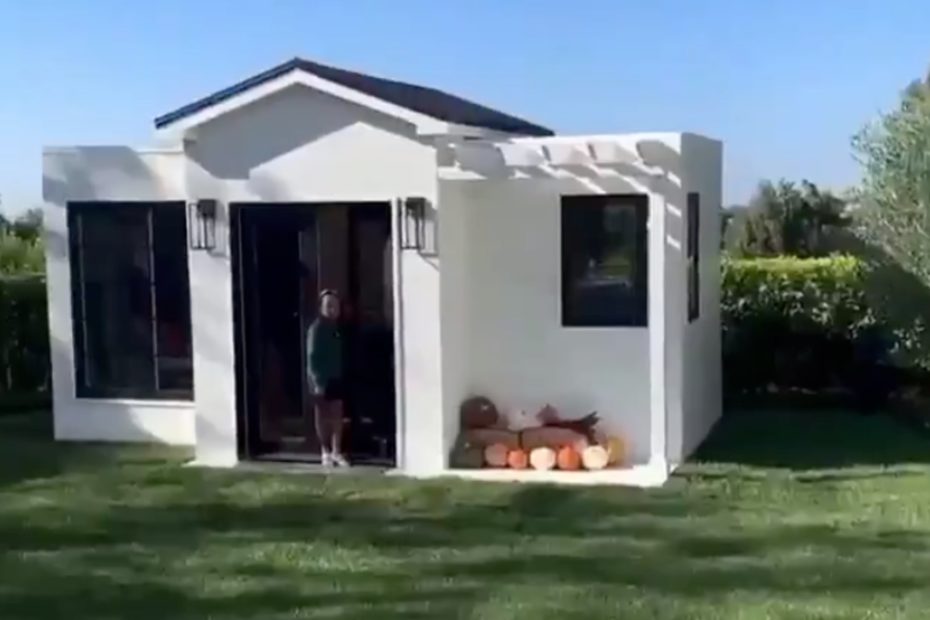 Coming off another Finals win and Finals MVP, LeBron James is also winning the gift-giving game while celebrating his now 6-year-old daughter’s birthday. Now, the MVP-level dad could have just gifted his little girl a playhouse, but instead, he got her a straight-up “mini house.”

Yes, you heard that right, a mini house.

And just like true MTV Cribs form, LeBron and his daughter created their own version by giving fans a grand tour of his incredible new home which is located in his backyard.”So this is outside the house and this little girl has the nerve to have her own house, are you doing school?” LeBron jokingly asked his daughter in the video he posted.

Like this house is big enough for LeBron to walk into, and he’s 6-feet, 9-inches tall. As the video continues, you can see the inside of the mini-home which is fully equipped with a coach, a kitchen, a dining room table, and more.

LeBron is heard asking his baby girl if he could sit on the couch and jokingly apologize for getting the floor dirty as little Zhuri James is seen wiping up the mess her father brought in. And the mini home is even in season, as well.

Decked out with pumpkins and fall memorabilia right outside, we can tell this impressive gift James bought his daughter for her sixth birthday is one of her favorites and will be for a long time. It’s a celebration when it’s your birthday in the James household.