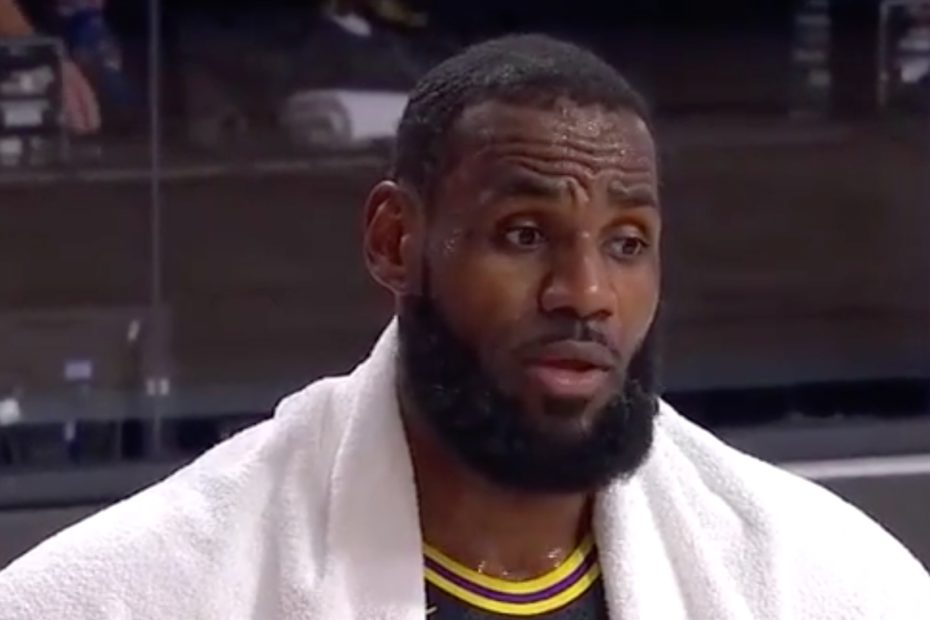 After winning Game 2 of the NBA Finals, LeBron James continued to honor the late NBA legend Kobe Bryant and Kobe’s daughter, the late Gigi Bryant. Both Kobe and Gigi passed away eight months ago on January 26 after their helicopter, which was carrying seven other people as well, crashed in the hills of Calabasas, California.

Since entering into the NBA Final to take on the Miami Heat, the Lakers have worn their “Black Mamba” jerseys, which has the number 2 inside a white heart embroidered on the right side strap in honor of Gigi, who wore the number 2 on her AAU jerseys.

As James revealed in his postgame interview, the jerseys were designed by Kobe himself before he passed away. James admitted it is extremely special for him and his teammates to be wearing these specific jerseys during The Finals.

“It’s always special to represent someone that meant so much, not only to the game but obviously to the Lakers organization for 20-plus years. For us to honor him, being on the floor, this is what it’s all about.”

“They’re with us, we’re with you guys, we love you guys and hopefully, we’re making them proud by wearing these uniforms tonight and throughout the course of the postseason.”

The last time the Lakers won a championship was in 2010, when Bryant was still leading the team. It was Bryant’s fifth and final Championship before he retired after 20 years with the Lakers in 2016.