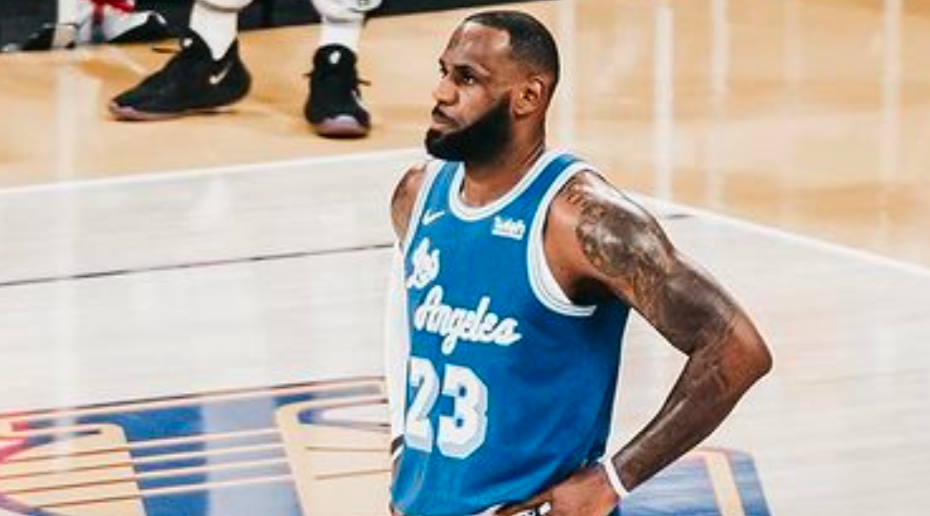 LeBron James Opens Up After Suffering Ankle Injury: ‘I’m Hurt Inside And Out Right Now’

LeBron James is “out indefinitely with (a) high ankle sprain” according to the NBA.

“LeBron James left in the second quarter with a high right ankle sprain that the Lakers said will sideline him indefinitely, and Los Angeles went on to fall 99-94 to the Atlanta Hawks” per the NBA.

James was already on pace to have a MVP-type caliber season and was one of the front runners to win the prestigious award yet again.

That has to be painful in more ways than one as LBJ himself shared how he was feeling:

“Nothing angers and saddens me more than not being available to and for my teammates!” James said in a Tweet. “I’m hurt inside and out right now…The road back from recovery begins now. Back soon like I never left. #ThekidfromAKRON”.

Not only was LeBron in pain, through all the mental pain of not being able to play with his Lakers teammates, he still showed up 24 hours later on the bench to at least be there to support his teammates in a game the next day. And it wasn’t even a home game at the Staples Center:

All the best to LeBron in his recovery, along with Anthony Davis, Marc Gasol, and Jared Dudley (who are also out due to injury according to ESPN)!

The Lakers may have lost without James, Davis, Dudley, and Gasol in the lineup…

But that doesn’t mean it’s all for naught as the above tweet jokingly indicated. It just means that next man up mentality, where the team will rely upon different players to step up and help the team get wins.

Don’t forget, they have the defending sixth man of the year in Montrezl Harrell.

The Lake Show also has Dennis Schröder who just so happens to also know how to score.