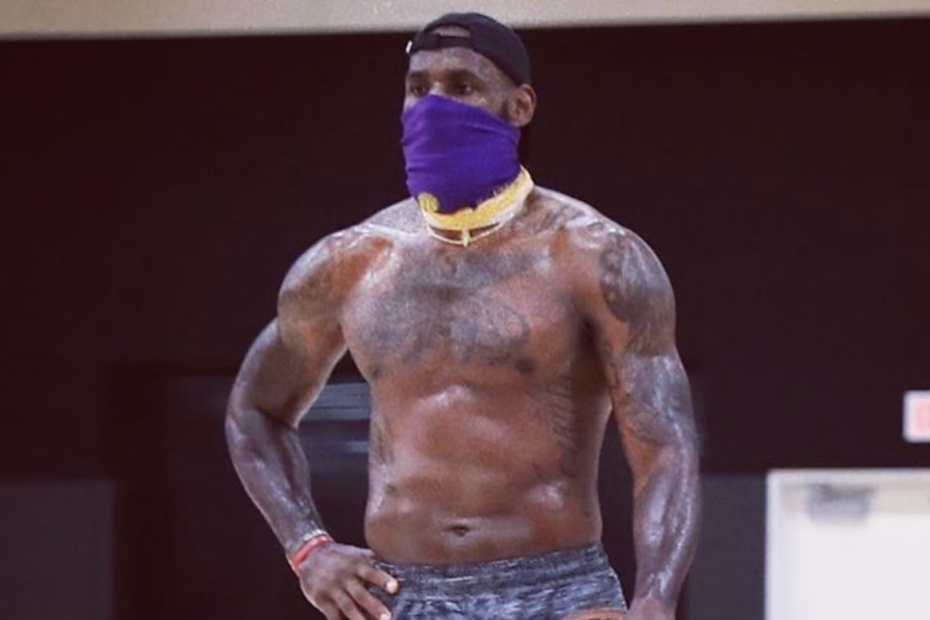 The NBA released a list of 29 possible messages, which included: Black Lives Matter; Say Their Names; Vote; I Can’t Breathe; Justice; Peace; Equality; Freedom; Enough; Power to the People; Justice Now; Say Her Name; Sí Se Puede (Yes We Can); Liberation; See Us; Hear Us; Respect Us; Love Us; Listen; Listen to Us; Stand Up; Ally; Anti-Racist; I Am A Man; Speak Up; How Many More; Group Economics; Education Reform; and Mentor.

As to why LeBron will not be using one of these messages, James said that “it was no disrespect to the list that was handed out to all the players. I commend anyone that decides to put something on the back of their jersey. It’s just something that didn’t really seriously resonate with my mission, with my goal.”

It appears that LeBron was originally interested in using his own message, because he “had a couple things in mind, but I wasn’t part of that process [of selecting the messages], which is OK.”

James is among a small group of players who will not be promoting one of these selected messages, as 285 out of the 350 possible players have chosen to put a social justice message on the back of their jersey. This includes LeBron James’ current teammate, Javale McGee, will be wearing the statement, “Respect Us” on the back of his jersey, demonstrating his belief that “we definitely need to get equality. We definitely need to get the same respect everybody else does.”