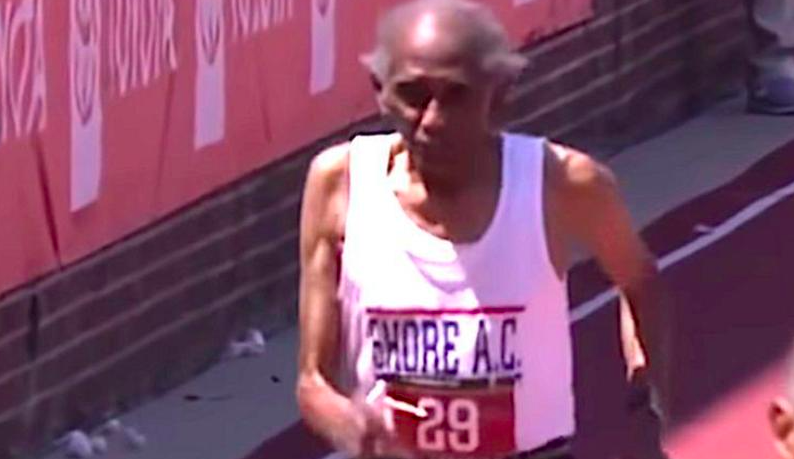 Oftentimes, the general public uses the adjective sedentary to characterize senior citizens. However, for 100-year-old Lester Wright, his aging never seemed to slow him down.

The New Jersey resident, who is also a World War II veteran, participated in the senior’s master’s division at the Penn Relays.

Traveling over state lines, Wright swept the competition away during the 100-meter dash competition, which occurred at the University of Pennsylvania’s Philadelphia campus. In a whopping  26.34 seconds, the veteran earned the winning title of the men’s 100m dash for individuals 80 and older.

Only a week after his 100th birthday, Wright was on the track dominating the competition. Incredibly, it was his first race back since recovering from an unnamed illness, according to Fox News. “I hadn’t [run] in three years because I was ill,” he shared in an interview after the race. “This is the first race since my recovery.”

Lester Wright reveals his secret to winning the 100-meter dash

He also explained what his plan was going into the race: according to the marathon runner himself, it was primarily a mental battle rather than a physical one. “I think it’s in the head, more than it is physical,” he commented.

In addition, Wright noted that his desire to be first was a significant motivator in completing the race. “If you’re going to go out to run a race, you should really run the race to try to win,” the veteran relayed in a post-race interview. “I don’t know how you can run to be second or third.”

“It was pretty nice to be able to do this at age 100,” he added to the conversation according to Asbury Park Press. “When I came here I was a little bit nervous, but when I saw the crowd and everything I fell right in with it.”

Wright was bold enough to share that he wishes the race was longer. Still speaking with Asbury Park Press, the senior citizen expressed, “I thought this was nice, but I wanted a longer race.”

Alongside the entire crowd at Franklin Field cheering the 100-year-old athlete on, Wright also had family on the sidelines supporting him through the race. His grandson John Wall even told news outlets that the entire family was ecstatic over his decision to participate in the race.

“​​Everybody is elated,” Wall said. “They’re excited he’s doing it. They want to be part of it.”