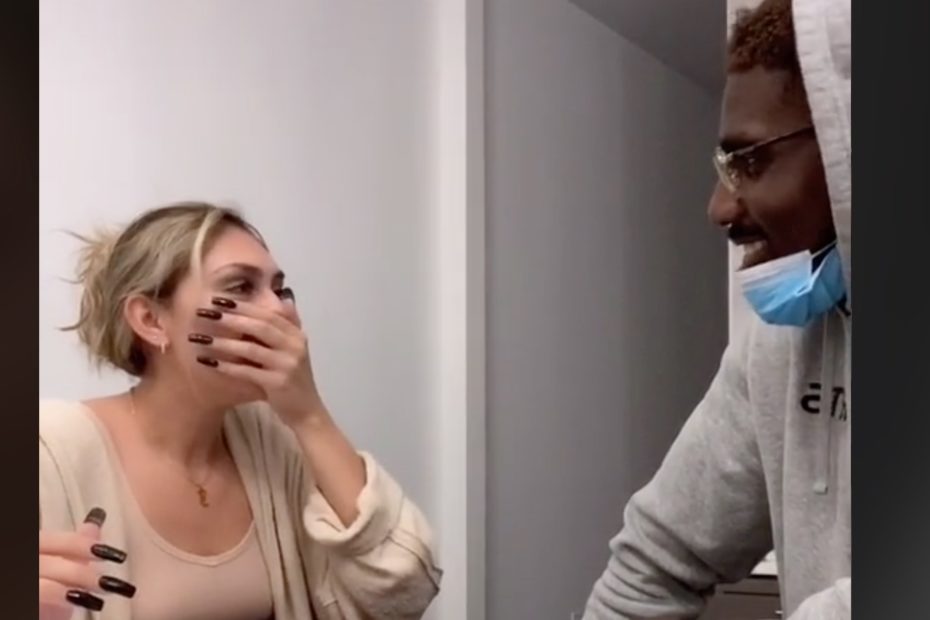 “No, you’re not. Are you lying to me?” That was Juwan Johnson’s wife, Chanen Johnson’s initial reaction when he told her that he got called up from the practice squad. Chan and Juwan Johnson have been together since his days at Penn State University, so as he revealed in the caption, “she knows how hard I worked to even get here.”

The wide receiver was signed by the New Orlean Saints in April after going undrafted. The NFL hopefully recorded his wife’s reaction when he told her that he was going to play on Sunday against the Carolina Panthers.

The video has so far been viewed more than 2.3 million times. While Juwan may be known for his athleticism on the football field, the couple is known for their adorable relationship which they showcase often on their multiple social media platforms.

Chan couldn’t hold back her tears knowing this is what Juwan had worked his whole life for. “She makes my heart melt,” the wide receiver said of his wife.

While Juwan Johnson didn’t get any playing time, that doesn’t mean Chan is any less proud of her man. However, Juwan had to address some of the haters after his NFL debut after a picture of him kneeling and praying before the start of the game was misconstrued as him kneeling during the national anthem.

According to NOLA.com, the three athletes called up on Sunday, which also included offensive lineman Will Clapp and fellow wide receivers Austin Carr, have all been “reverted back to the practice squad Monday after being elevated to the active roster for Sunday’s game against the Panthers.” It’s unclear when Juwan will get another chance to showcase his talent on the big stage.

And so what have they been up to since? Well, a lot actually! Watching Juan play football games is one of those things:

♬ Need to know x like a g6 by Altegomusic – ALTÉGO

They are also making fun tiktoks

And also addressing the haters in very funny and sarcastic ways:

One thing is certain, Juwan Johnson and Chan sure are always there for each other!