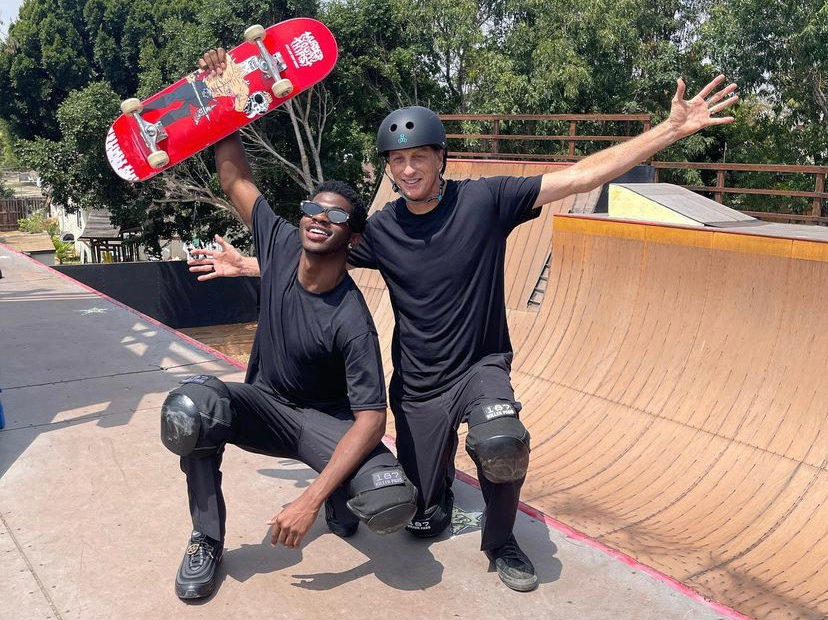 In March of 2021, the internet sensation who goes by the name Lil Nas X announced that he would be releasing his own line of shoes with Nike. Coining the term ‘Satan Shoes’ for his biggest project, the footwear was infused with the singer’s own blood, which caused major criticism and a slight public outcry.

Fast forward to August, skateboarder Tony Hawk is releasing his own line of skateboards, also infused with actual human blood. How did Lil Nas X respond to this? Well, the two men decided to collaborate.

Fifty-three-year-old skateboarder, Tony Hawk, announced that he would be dropping a limited amount of skateboards called Liquid Death, which are all painted with Hawk’s own blood. Taking blood, sweat, and tears a little too literally, Hawk made 100 skateboards that have sold out almost instantaneously.

According to CNN, the company will be donating 10% of the revenue to 5Gyres, a charity that works to reduce plastic buildup in the ocean. Additionally, the company is also working with The Skatepark Project, which is an organization that seeks to build skateparks for underserved communities.

Added in the fine print of an Instagram post, Liquid Death made sure to warn customers not to clone the skater. “Although it could arguably make the world a better place, never ever use these boards to make clones of Tony Hawk,” they warned.

“Now that Tony Hawk has released skateboards with his blood painted on them, and there was no public outrage, are y’all ready to admit y’all were never actually upset over the blood in the shoes?” Nas initially tweeted out when he discovered that Hawk was planning to release blood-infused skateboards. Recalling the fact that his criticism ran so deep his shoes ended up being pulled off shelves, he then added, “Maybe you were mad for some other reason?”

RELATED: New York Mets Player Javy Baez, 28, Says the Fans are ‘Going to Get Booed’ if Team is Successful

While Lil Nas X seemed to be upset for a short amount of time, the beef between the rapper and skater was quickly squashed when they decided to team up in an amazing video shared on Tiktok.

Lil Nas took to the skateboard ramp where he announced that he would be doing multiple different tricks. Just before he was about to drop into the halfpipe, his body was suddenly replaced by Tony Hawk. Hawk proceeded to shred and show off his skills, posing as the rapper.

“And that’s how you skateboard. Thank you,” Lil Nas X included after Hawk executed some impressive stunts.