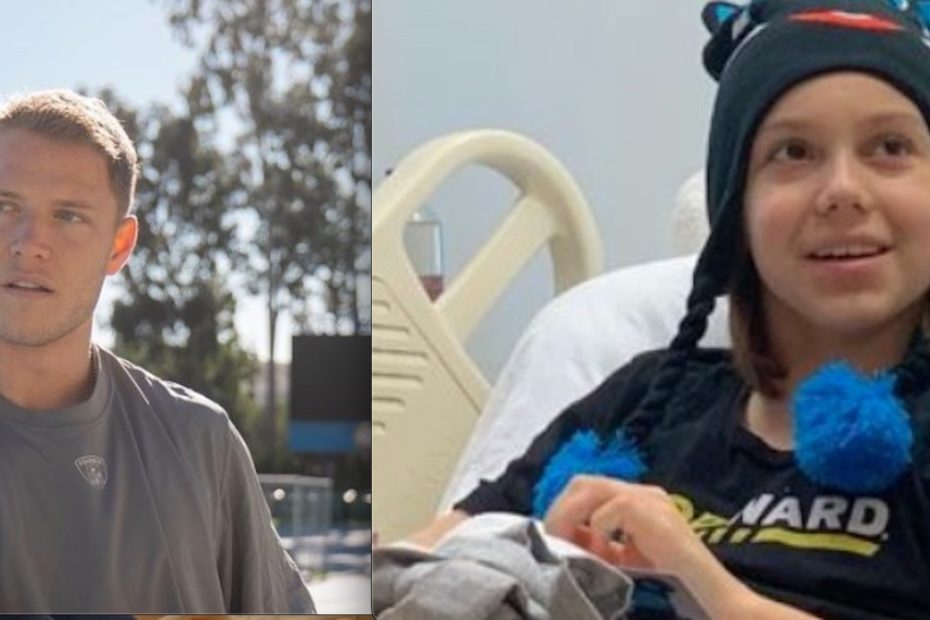 What is The Logan Project? Remembering Logan Preston Hale, the Carolina Panthers Super Fan Who Lost His Battle With Cancer in 2021

Logan Preston Hale was a 13-year-old boy with an undying love for the Carolina Panthers and their running back, Christian McCaffrey. Although he lost his battle with cancer in 2021, his legacy continues to live on.

As an avid sports fan, Hale found solace in basketball, skateboarding, and lacrosse. In addition, he was an accomplished actor and appeared in a handful of TV shows and movies over the course of his life. However, he found the most purpose when he was on a field playing football.

In terms of football, Hale always cited Christian McCaffrey as his favorite player on the panthers. His mother explained that his love for the running back was ignited because McCaffrey always keeps a positive outlook on life and pushes others to stick around through hard times.

“Logan adored Christian for many reasons, but one of the biggest was due to Christian never giving up and always fighting for one more yard. That resonated with Logan and kept him fighting,” said Hale’s mother, Kristna.

Throughout his battle with childhood cancer, one of his dreams was for kids with similar interests to have access to gaming kiosks in hospitals so that they connect with peers and establish a better sense of normalcy. Thanks to Hale’s favorite NFL player, his wish is finally being granted.

The Christian McCaffrey Foundation recently revealed their upcoming plan for The Logan Project, a project that, “raises funds for specialized gaming consoles to be provided to children’s hospitals across the country while connecting kids with athletes they admire.”

When asked why this is an ongoing project, the foundation revealed that “Logan’s dream was to create his own foundation to connect sick children through gaming.”

They also included how games helped Logan through his journey, demonstrating the benefits of having a social outlet. “While Logan was in the hospital undergoing cancer treatment, he found that gaming allowed him to stay connected to his friends,” the website reads.

The foundation is teaming up with gaming company Gamers Outreach so that gaming systems will be delivered to Levine Children’s Hospital on July 18th. However, the project needs to reach help reaching its goal of $35,000 so that 9 devices can be delivered. The foundation explained that once they surpass this economic achievement, they will start branching out to other hospitals.