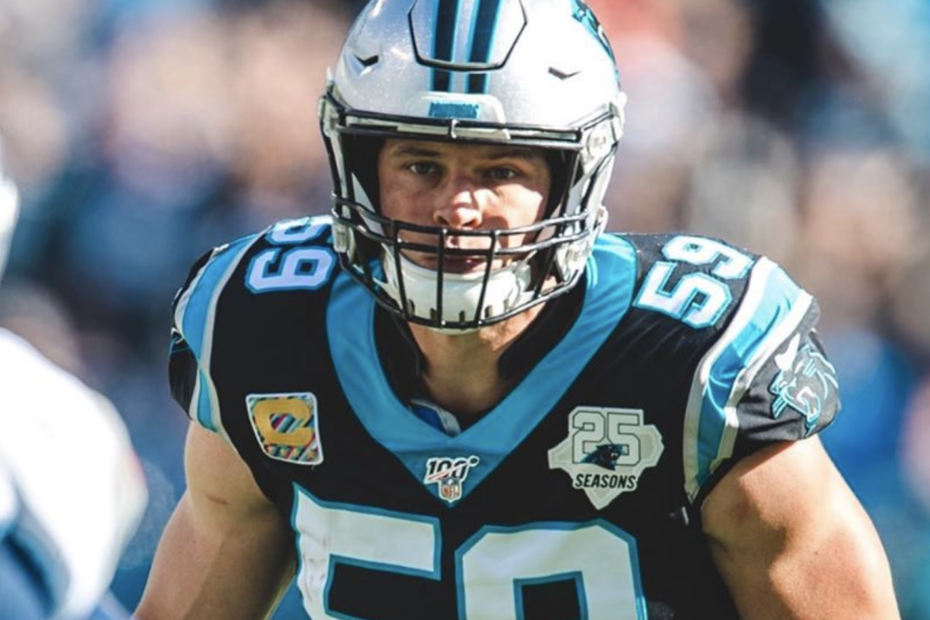 Luke Kuechly Considering Returning to Football, But Not in the Way You Would Expect

Luke Kuechly Considering Returning to Football, But Not in the Way You Would Expect

In his Freshman year, he lead his conference and finished second nationally with 158 tackles. In his Sophmore year, Kuechly lead the nation with 183 tackles after switching to middle linebacker. In his Junior year, Kuechlly once again lead the nation with 191 tackles, averaging nearly 16 per game. Kuechly decided to skip his final year of college to enter the 2012 NFL draft.

The Carolina Panthers selected Luke Kuechly with the 9th pick in the 2012 NFL draft.

Immediately in his first year, Kuechly helped out the Panther’s defense, leading the NFL in tackles, and winning the NFL Defensive Rookie of the Year award.

In 2013, Kuechly won the NFL Defensive Player of the Year.

Throughout his 8-year career, Kuechly was regarded as the top linebacker in the NFL making the Pro Bowl 7 straight years from 2013 – 2019. Since 2012, no NFL player has had more tackles than Kuechly’s 1092.

On January 14, 2020, Luke Kuechly announced his early retirement at the age of 28 saying “the part that the most difficult is I still want to play, but I don’t think it’s the right decision.” This retirement was the product of a series of head injuries Kuechly suffered in the previous years.

However, for all of the disappointed Kuechly fans out there, there is still hope that after a few years of retirement he might want to rejoin the NFL. After all, Gronk retired when he was 29, and just this year decided to rejoin the NFL.

The Carolina Panthers organization said Wednesday, that Kuechly is considering a front-office job as a pro scout. There is a good chance he will take the offer since he still loves football, he just does not want to play with all of the hard, damaging hits.

Additionally, Kuechly was incredibly smart at reading offenses which was one of the many reasons why he was so elite in the NFL. This could carry over to scouting, which might even make him an elite scout.