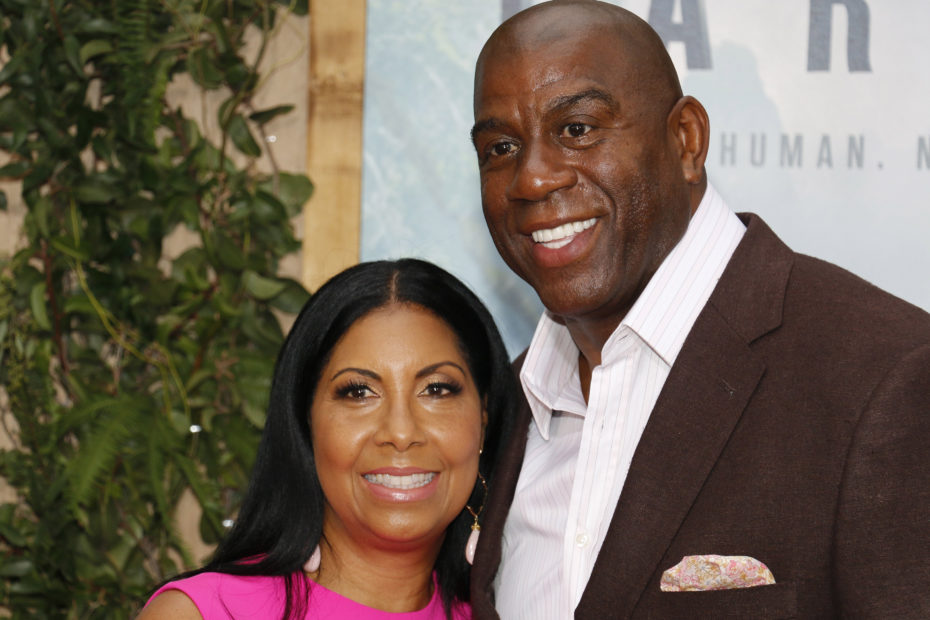 Magic Johnson, 63, Recalls the Scandalous Story of How He Met His Wife Cookie

Former professional basketball player Magic Johnson recently opened up about the first night he met his wife, Cookie – and how Cookie’s roommate wanted to date him first.

During an appearance on the Jennifer Hudson Show, the basketball legend discussed with Hudson “the beautiful situation” that led to Johnson meeting his wife during a party at Michigan State University in the late ’70s. “A friend of ours knew her, and she knew me, but we didn’t know each other,” he explained on the show.

Recalling the very first time he caught a glimpse of his wife, the 63-year-old retired athlete shared, “So we were coming to a party, it was a party, and she came walking in with the tightest jeans I’ve ever seen, caught a brother’s eye… I’m watching her all night, I didn’t dance one time, but I’m watching her dance, and Cookie can dance.”

“Aw man, she went down to the floor, bow bam bam, and I said, ‘Oh, I’m all ready,” he continued. Johnson added that by the time the night was coming to an end, he was determined to secure her phone number so he stood by the door as guests left and waited to stop her.

“She was one of the last people [there]. I said, ‘Listen, you and I gotta get to know each other,'” he recalled. “What was crazy — you’re gonna love this — her roommate had told her three weeks earlier that ‘I got to get Magic Johnson.’ “

As the basketball legend continued, he explained to Hudson that Cookie’s roommate was adamant that she would date the athlete. Johnson stated, “Her roommate told her, ‘I’m gonna meet Magic Johnson, he’s going to be my boyfriend.’ Isn’t that crazy? And then I meet Cookie first, and the rest is history.”

Magic and Cookie got married in September of 1991 and one month prior to their wedding, the athlete was diagnosed with HIV. As stated by the man himself, he has said telling his wife his HIV diagnosis was one of the hardest aspects of his marriage.

“It was hard because I loved her so much and I hated to hurt her,” Magic said during an interview with CBS Mornings‘ Gayle King. “I’ve played against some of the best basketball players in the world, right? I’ve been in championships. I’ve been in nine [NBA] Finals, so I know pressure. But there was no greater pressure than driving home to tell her.”