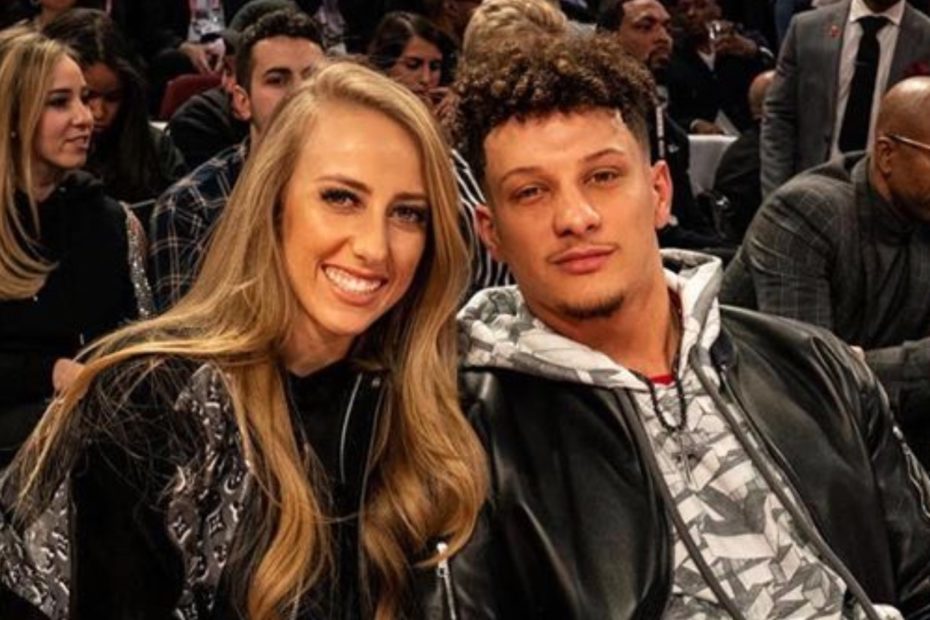 On the day Patrick Mahomes received his very first super bowl ring, he also gave his high school sweetheart a diamond ring as well. And if you ask Mahomes, the ring he gave Brittany Matthews carried significantly more weight than his championship ring.

As At The Buzzer previously reported, 2020 was a big year for Mahomes. He led the Chiefs to a Super Bowl win, he signed a record-breaking 10-year, 503 million-dollar contract with the Chiefs, and now he and his longtime girlfriend are getting married.

And in a new interview with KCSP 610 Sports Radio, the young quarterback revealed he felt more nervous about proposing to Matthews than he did running out of the tunnel to compete in his first-ever Super Bowl. “You don’t think it’s going to be nerve-racking when you’ve been with someone for so long, but before you get on that knee, man, your heart’s racing. I promise you that,” the 24-year-old said.

In fact, Mahomes even got help from a few of his teammates in order to make sure the proposal went off without a hitch. He specifically shouted out fullback Anthony Sherman and wide receiver Gehrig Dieter.

On September 1, the Chiefs held a socially distant ring ceremony in which the members of the 2019-2020 Chiefs were given their diamond incrusted Super Bowl rings. But as the world would later find out, Mahomes and the Chiefs weren’t the only ones who were given a massive ring that night.

As Matthews shared on her Instagram stories, Mahomes popped the question in the Chiefs’ stadium along with 100 white and red roses along with a light up sign that read “Will you marry me?” They then capped off the night with a candle lit dinner in their own backyard after she said yes!