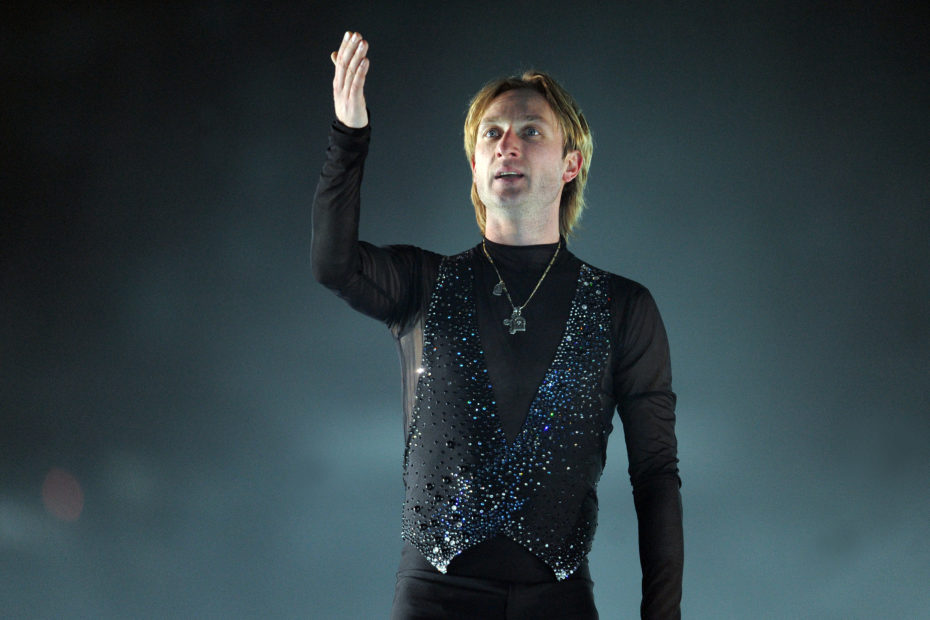 20 Male Figure Skaters That Have Dominated Throughout History

While everyone has their eyes on March Madness, some of the best male figure skaters in the world have been competing at the 2022 World Figure Skating Championships. Men take the ice on March 24th for the short program and March 26th for the free skate in Montpellier, France.

This time of year is an exciting time for male figure skaters, but the excitement is intensified as some of these athletes recently returned from the 2022 Winter Olympics – which came to an end on February 20th. Nathan Chen miraculously won a gold medal in the men’s singles event.

With the Winter Olympics behind us and the ISU World Championships underway, male figure skaters have been at the forefront of the sports and entertainment community. That means these athletes have an opportunity to write their name among the greatest to ever do it.

RELATED: 20 Things to Watch Now That the Winter Olympics Are Over

Who Are the Greatest Male Figure Skaters of All-Time?

Figure skating dates back as far as 3,000 B.C., but it wasn’t until the 14th century that athletes started using sharpened steel blades – allowing for more speed, control, and balance. By the 18th century, the technicality of the sport started to evolve with disciplines and regulations.

In the late-1880s, figure skating started spreading to the United States as recreational and competitive figure skating clubs drew more interest worldwide. The first ISU Championships were held in 1896 and the sport continued to grow from there. Today, it’s more popular than ever.

Throughout the history of figure skating, there have been a number of male figure skaters that have written their name among the greatest of all-time. Some of them were the sport’s first stars, some of them recently retired, and some of them are still competing to this day.

Let’s take a look at our top-20 greatest male figure skaters of all-time!

Toller Cranston was a Canadian figure skater that began skating at the age of seven after giving ballet lessons a try. By the age of 13, he was diagnosed with Osgood–Schlatter disease and told he may never skate again. A month later, he won the Canadian Junior Championship.

Figure skating wouldn’t be what it is today if it weren’t for the efforts of Willy Böckl in the early 1900s. The Austrian figure skater captured his first national title in 1913 when he won the Austrian Championships. That same year, he won a silver medal at the World Championships.

Evan Lysacek was inducted into the U.S. Figure Skating Hall of Fame in 2016, which goes to show how dominant he was during the 2000s. He began skating at the age of eight and initially wanted to be a hockey player. Once he learned how to skate, he knew what his calling was.

He had a lot of success in his junior career before making his international senior debut in 2004. From that point forward, he won a gold medal at the 2010 Olympics, a World Championship in 2009, a Grand Prix Final in 2010, and two Four Continents Championships in 2005 and 2007.

Ulrich Salchow is a legendary figure skater from the late-1890s and early 1900s. He is widely regarded as the sport’s first star and while he was born in Denmark, Salchow represented Sweden in competition. He created a move called the Salchow jump, which is still used today.

Chan appeared in three Winter Olympics and won three medals as a result – one gold and two silvers. He was the No. 1 figure skater in the world between 2011 and 2014. He’s a three-time World Champion, three-time Four Continents Champion, and two-time Grand Prix Final winner.

Brian Orser is a former Canadian figure skater, much like Patrick Chan. He made two Winter Olympics appearances, winning a silver medal in both the 1984 and 1988 Olympics. After the 1988 Olympics, he toured with Stars on Ice (a figure skating tour) for the next two decades.

In addition to his Olympic success, Orser is a one-time World Champion (1987) and an eight-time national champion (Canada) – winning each year between 1981 and 1988. He has also coached Yuzuru Hanyu to two Olympic gold medals and Yuna Kim to one Olympic gold.

Alexei Yagudin is a former Russian figure skater that dominated the sport at the turn of the 21st century. He made two appearances at the Winter Olympics and one a gold medal in the men’s singles event in 2002. He turned pro in 2003 and toured the world with various programs.

John Curry is a former British figure skater that was known for incorporating ballet and modern dance styles into his routines. He made two appearances at the Winter Olympics and won a gold medal in 1976 – making him the first British male figure skater to win an Olympic gold.

That same year, Curry also won a gold medal at the World Championships and European Championships. He likely would have achieved a Golden Slam, but the event didn’t start until the late-1990s. He skated professionally on Broadway after his successful run in 1976.

Scott Moir is a former Canadian figure skater that competed in the ice dance discipline with Tessa Virtue. The two are currently the most decorated figure skaters in Olympic history, making three appearances and winning five medals – three gold medals and two silvers.

Sergei Grinkov is a former Russian pairs skater who formed a powerful duo with his wife, Ekaterina Gordeeva. The two made two appearances at the Winter Olympics, winning a gold medal each time – one for Russia and one for the Soviet Union. Their daughter could also skate.

Scott Hamilton is a former American figure skater who dominated the sport in the early-1980s. He made two Winter Olympics appearances and won a gold medal in the men’s singles event in 1984. Hamilton is perhaps best known for his very rare ability to perform a backflip on the ice.

Brian Boitano is a former American figure skater that competed during the late-1980s. He made three Winter Olympics appearances and won a gold medal in the men’s singles event in 1988. His arch rival, Brian Orser, won silver in what became known as the “Battle of the Brians.”

Boitano also won two gold medals at the World Championships in men’s singles in 1986 and 1988. After the 1988 season, Boitano turned professional and found a lot of success before returning to competition in 1993. He placed sixth in his Olympic return, which came in 1994.

Elvis Stojko is a former Canadian figure skater and before you ask, his parents did name him after the singer Elvis Presley – both of his parents were fans of the King of Rock and Roll. Little did they know their son would gain fame of his own, albeit on the court instead of the stage.

Most of Stojko’s success came in the 1990s. He made four Winter Olympics appearances, winning a silver medal in 1994 and 1998. He also won three World Championships, one Four Continents Championships, and one Grand Prix Final. He’s a Canadian figure skating legend.

Kurt Browning is a former American figure skater who became the first figure skater to land a quadruple jump during a competition. Although he made three Winter Olympics appearances in his career, he failed to secure a podium finish – the highest he ever placed was fifth in 1994.

With that said, he had a lot of podium success at the World Championships where he won four gold medals (1989-91, 1993) and one silver medal (1992) in a five-year period. He also won a Canadian national title and has choreographed for a wide range of successful figure skaters.

Gillis Grafström is a former Swedish figure skater who was one of the sport’s first stars – along with legends Willy Böckl and Ulrich Salchow. Grafström won three consecutive Swedish Championships between 1917 and 1919 before winning the Nordic Championships in 1920.

Grafström is one of just a few athletes to compete in the Summer and Winter Olympics (figure skating was originally in the Summer Olympics. He’s also one of two athletes to win a gold medal at both Olympics, winning three and almost winning a fourth before winning silver in 1932.

Nathan Chen continues to climb up this list and very well could be at the top by the time he retires. Of course, that’s a long way away since Chen is just 22 years old. Since the 2018 season, Chen has been the No. 1 ranked male figure skater in the entire world each season.

Yuzuru Hanyu is a Japanese figure skater that has been Chen’s arch rival for several years. He was once coached by Brian Orser and was the No. 1 ranked male figure skater in the world between 2013 and 2017 – which is when Chen took over. Hanyu is currently 27 years old.

Evgeni Plushenko is a former Russian figure skater who dominated the sport throughout the 2000s. He holds the record for most titles on the Grand Prix circuit with 22 and once held a record for most medals by a figure skater, which has since been passed by Moir and Virtue.

Plushenko made four Winter Olympics appearances during his career, winning a gold medal in 2006 and 2014, and a silver medal in 2002 and 2010. He’s also a three-time World Champion, seven-time European Champion, four-time Grand Prix Final winner, and 10-time Russian Champion.

Dick Button is a former American figure skater that helped revolutionize the sport in many ways. He was the first figure skater to land a double axel jump, as well as a triple jump (loop), in competition. He also invented the ‘Button camel,’ which is now known as the camel spin.

Who Are the Greatest Male Figure Skaters Today?

When looking at male figure skaters today, there are two that stand above the rest and we mentioned both of them above – Nathan Chen and Yuzuru Hanyu. Unfortunately, figure skating fans won’t get to see them at the 2022 World Championships since both withdrew due to injury.

Yuma Kagiyama and Shoma Uno are two male figure skaters to keep an eye on at this year’s championships. They recently won the silver and bronze medals, respectively, at the 2022 Winter Olympics. Neither of them have won a gold at Worlds, but they have both won a silver.

YOU MAY ALSO LIKE: 10 Famous Ice Skaters That Competed At the 2022 Winter Olympics

Vincent Zhou is another one of the male figure skaters that can earn a medal. He earned a bronze medal at the 2019 World Championships, but would love to make his return to the podium. Ivan Shmuratko, who’s representing Ukraine, will look to make his country proud.