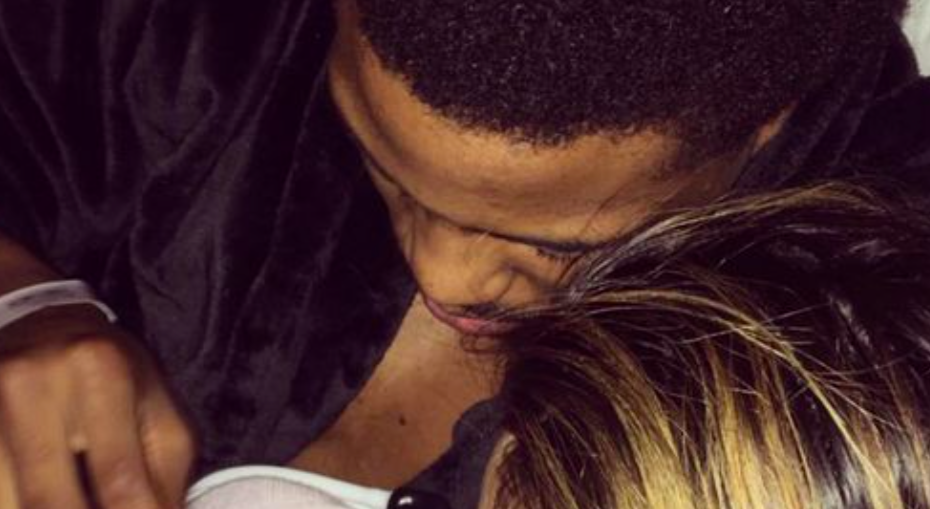 While Malik Beasley was averaging 19.6 points a game, having a good season on the court, off the court it was seemingly the exact opposite.

TMZ Sports stated “(Montana) Yao felt ‘blindsided’ by photos of her husband holding hands with…Larsa Pippen during a Nov. 23 outing in Miami. Yao…who married Beasley in March 2020…filed for divorce in December. They have a 2-year-old son, Makai, together. Around the time she filed for divorce, Montana (said) she and her son were ‘told to leave our family home 10 days ago and just like you all I’m pretty confused.'”

That was in December. Then in February, as At The Buzzer previously mentioned, the NBA announced it was suspending Malik Beasley.

“Beasley…a Most Improved Player candidate (was) suspended 12 games by the NBA for conduct stemming from charges in (the) offseason” per Shams Carania.

Reuters reported that “the incident occurred on Sept. 26, 2020, when a couple and their 13-year-old child stopped in front of Beasley’s home in Plymouth, Minn. Authorities said the family was on a tour of homes in his neighborhood and they were looking for another house when Beasley came outside, pointed a firearm and told them to leave his property.”

“I will take this time to reflect on my decisions,” Beasley said in a statement via The Athletics’ Shams Charania. “I apologize to all the great fans out there who have supported me during this difficult time and I promise I will come back very soon as a better person and player.”

Now, late into May and months after that incident and apology, Beasley has issued another apology. This time it’s directed towards his family.

“I wana say sorry for putting you in the situation you were put in the last few months,” Beasley said in an Instagram post. “my head wasn’t were it was supposed to be.. I was looking for more when it was right here that whole time.. I’m telling the world and you that there’s no body like you for me.. for the record I was the one who ended my last relationship off the fact that there is no one like you .. also for the record i wanted to do my own ish cuz I just left u guys and I def ain’t the type to set up pictures at the mall n ish .. as that’s some childish ish.”

This is his lone Instagram post…of the three of them.

“and I’m trying to grow individually and grow a family,” Beasley continued to say. “.. a real family .. I ain’t looking to be judged I’m looking for forgiveness.. To forgive me for hurting my family the way I did. At the end of the day I’m a lover boy and I miss holding y’all and loving y’all.. I love you mu shi .. I love you kai Kai ❤️ my family over thing…”

Sweetheart , ACTIONS !! Follow through with ACTIONS. Everything that happened doesn’t always need to validated because the dirt is done with. The fact that you knew you had a family and allowed someone else too come in, is solely on you . At the end of the day she has no ties too your wife and child , like you do , so her loyalty is always HER. To be honest you should let time heal and God reveal what will take place. Change for yourself and then allow her to follow up with if she wants too be with you or not. Try Dating one another. Remember an apology is only as good as the ACTION BEHIND IT !

“Makai and I do appreciate Malik’s apology,” Yao ‘wrote on her Instagram Story earlier on Monday’ according to Page Six. “It’s hard to own up to bad decisions and apologize especially publicly so it is really appreciated…My main priority has been and will forever be my son so I’m glad if/when he looks back o(n) all of this one day he can see his dad publicly apologized to us for publicly hurting us…This is a step forward in healing for me and also having Malik be a part of Makai’s life because he does deserve to have a father in his life and one who loves him.”

It looks like one of the candidates for NBA’s Most Improved Player this year is trying to go for most improved father, as well.

“At the end of the day we are both Makai’s parents so I am praying for his sake we can all move forward away from the anger and hurt to be able to raise him with love, respect, and happiness on both sides,” Yao said on her Instagram Story per Page Six.