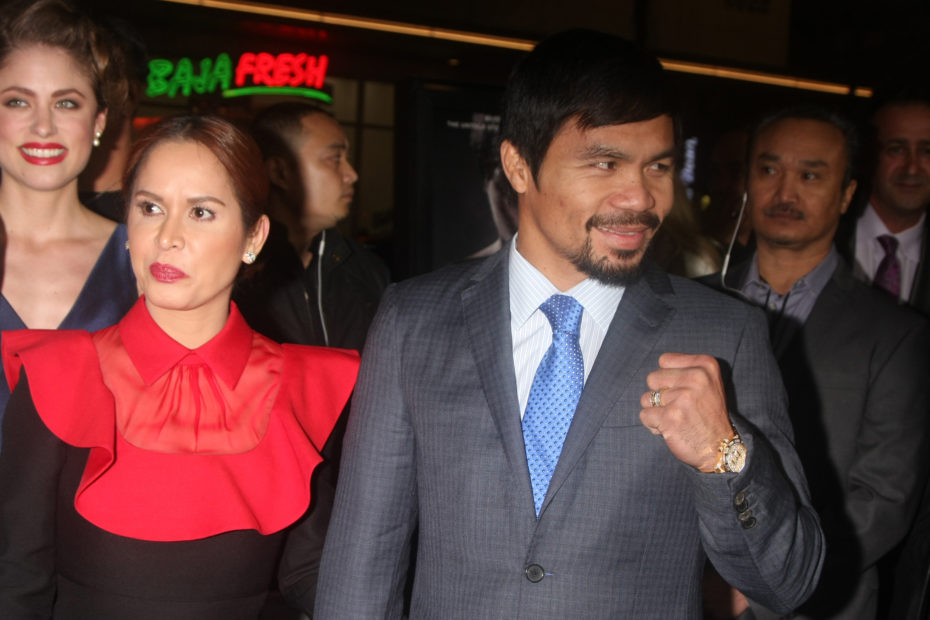 Professional Boxer Manny Pacquiao Experiencing His Most Difficult Match: Running For President in the Philippines

Forty-two-year-old Manny Pacquiao is largely regarded as one of the best boxers of all time due to his incredible stamina and athletic ability. Although he has shared that he has not officially retired yet, his career in the ring may be put on pause for a substantial reason: he is running for president in the Philippines.

Pacquiao is one of the country’s most prized possessions and does in fact have mass appeal due to his rags-to-riches story. The boxer additionally has political experience; he has served as a congressman and senator.

Now, he wants to see the presidential title in order to fix the economic devastation the coronavirus epidemic has caused, lessen poverty, and eliminate government corruption. “I am a fighter, and I will always be a fighter inside and outside the ring. I am accepting your nomination as candidate for president of the Republic of the Philippines,” he shared when announcing his campaign.

But, can Manny Pacquiao appeal to the masses and win the political race?

Despite holding some political authority already, the congressman reportedly spends little time involved with political action and even takes breaks from the senate in order to train for fights. With all this being said, how do the people of the Philippines really feel about this presidential race?

Earl Parreño, a political analyst, questioned, “Can he really govern? He said he would surround himself with knowledgeable people, but at the end of the day, it is still the president who decides.”

RELATED: Randy Moss, 44, Gets His Hands on a Lombardi Trophy and Immediately Tosses it Into the East River to See If It Floats

“He is not yet ready and there are many more deserving who have been there longer … and have more experience,” a 65-year-old tricycle taxi driver shared in regards to his thoughts on Pacquiao as a politician. Victor Andres Manhit, the managing director of Stratbase ADRi, shared similar sentiments in regards to the boxer.

He explained, “We all know Pacquiao, though he is a very good man and his heart is in the right place, did not also perform well as a senator. He was not attentive in the Senate so people might find that lacking.”

Additionally, based on the poll surveys the Philippines have conducted, Pacquiao is only polling at 8% of 2,400 participants. What could really hurt his chances of winning is Sara Duterte-Carpio, daughter of the current president. Although she has explained she is not running, the cult-like following her father has is making her dominate the polls.