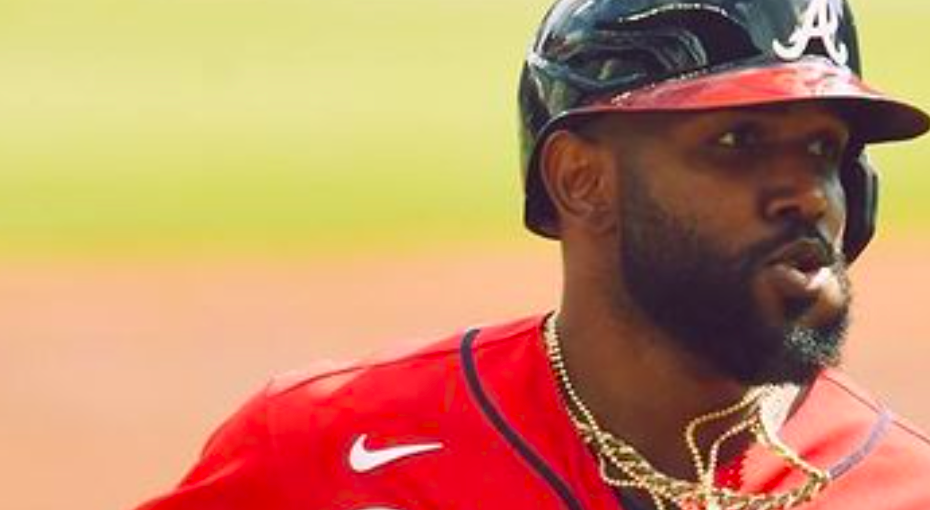 Police: Marcell Ozuna Was Arrested And Charged With ‘Aggravated Assault And Battery’ Against His Wife

Just last week Atlanta Braves outfielder Marcell Ozuna suffered a hand injury. Ozuna “was diagnosed with fractures of the ring finger and middle finger of his left hand…he (was) expected to miss at least six weeks” per The Athletic’s David O’Brien.

Well, after some even more recent news, just days after the injury, Ozuna may miss more than six weeks.

And it still has to do with at least that left ring finger with the commitment he made regarding his wife. When you put a ring on it, even though times won’t be perfect, that’s a commitment to honor, love, and cherish your bride. Now, it’s not just his left ring finger that’s hurt and injured but his wife, as well, after this police report:

Sandy Springs is a suburb of Atlanta. Here’s what happened there:

“…Sandy Springs Police Officers received a 911 call requesting they respond to a residence on Windsor Cove regarding an assault in progress. As Officers arrived to the home, they heard screaming coming from inside and noticed the front door wide open…Officers entered the residence through the front door and witnessed the suspect grabbing the victim by the neck and throwing her against a wall. Officers were able to immediately take the suspect into custody without further incident. In addition to the strangulation attempts, the suspect also struck the victim with his arm which has a cast from a previous injury. Preliminary investigation has revealed this incident to be domestic related between the suspect and his wife, both residents of the Windsor Cove home.”

Here’s what the Braves said regarding the incident:

Here’s what happened in court on May 31:

ESPN gave this update on the situation:

“Ozuna…was released from jail after posting $20,000 bond Monday on charges of aggravated assault by strangulation and battery against his wife. Ozuna was jailed Saturday after police officers in the Atlanta suburb of Sandy Springs said they witnessed him attacking his wife, Genesis, while responding to a 911 call. During his initial appearance in Fulton County Magistrate Court on Monday, Ozuna was ordered to have no contact with his wife. He did not answer questions from the media after he was released from jail…In court, attorneys said the couple was in the process of divorce. Genesis Ozuna was arrested on a domestic violence charge in Miami a year ago.”

There is absolutely no condoning Ozuna’s actions. What he allegedly did was flat out wrong. Home should be a place of safety, nourishment, and love…without any fear of violence whatsoever.

“Ozuna could face a long suspension by Major League Baseball, which plans to review the matter under the joint domestic violence policy in place between MLB and the players’ union” per ESPN.