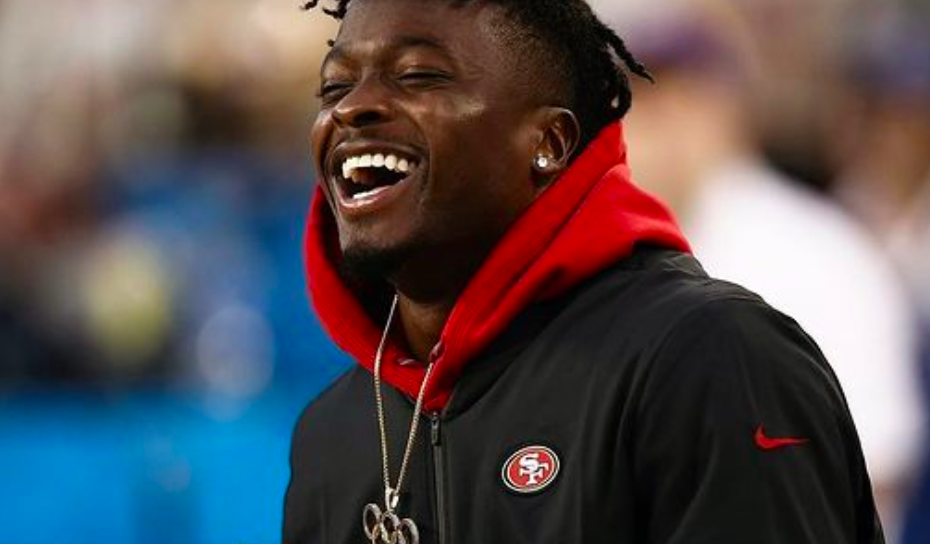 Marquise Goodwin Motivates You To Not Let Negative Moments Ruin Your Day!

Do you need a little motivation today to help get you through the week? Is that morning coffee not kicking in? Well, here’s a little afternoon (or whenever you are reading this) pick-me-up from none other than NFL wide receiver and USA Olympian Marquise Goodwin.

RELATED: You Have To Watch These Incredible, Inspiring Videos Of Man Who Was Hit By A Drunk Driver Then Paralyzed Who Is Now Golfing And Overcoming Adversity

Whoa, whoa, run that back.

SportsCenter shared that Marquise Goodwin tweet where he encourages you to not waste another second of the day worrying about something negative.

That negative comment, that remark from a hater, it’s irrelevant. It has no place in your day. As my lovely wife says, ‘They’re not paying rent in your mind, they’re not tenants, so kick them out!’. Get rid of those negative thoughts or re-thinking and re-thinking some more over what someone may have said in passing or a quick glance from a comment about you.

It’s so crazy how we can let something someone said negatively about us affect not just a day but weeks, months even. When there’s so much positive that’s been said but can for some reason only focus on that negative comment.

That’s right, Marquise! Don’t give them the straw!

It’s about time we turn about face and ENJOY TODAY! To not let another second pass by worrying what others think or being consumed by any negative energy or comments but instead shifting that focus upward and choosing to have a great day.

And Goodwin is no secret to encouraging people on social media! Just check out his Twitter feed!