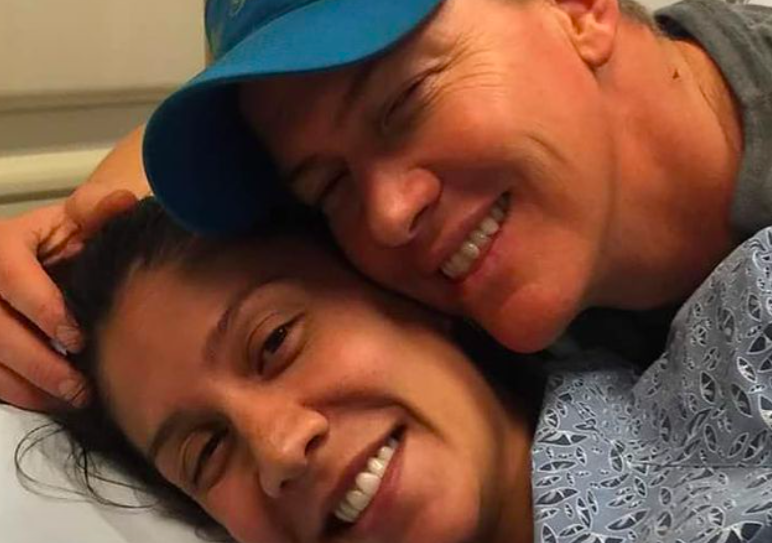 Matt Mauser penned an emotional song missing dearly his beloved late wife. On Wednesday, the new song titled ‘When You Wake Up and She’s Gone’ was published on his YouTube channel.

In an ‘exclusive’ with People, Matt Mauser talks about what life is like on Earth now without his late wife Christina Mauser. Matt’s wife, according to People, in January tragically passed away “in the same helicopter crash that killed NBA legend Kobe Bryant and his daughter Gianna, 13.”

People reports that Christina was traveling with Kobe, Gianni, and six more people because she was a basketball coach at Bryant’s Mamba Sports Academy and they that they were traveling to a tournament in Thousand Oaks, California.

People also mentions that Matt Mauser was also a featured guest on Red Table Talk: The Estefans where “in the episode, the Estefan family also recalls the losses of their own loved ones and learns how to find meaning after the death of someone.”

“The last month, it still haunts me,” Matt Mauser said admits in an exclusive clip from the episode per People. “I have things that I wish I would have said, like the morning she passed. I was sleeping, I’d had a late night before and I’d come home late and my daughter was laying on her chest and they were snuggling…And so I was so tired I went to sleep and she woke up to go to work and she came back to kiss me and I didn’t wake up — and I regret not waking up.”

In an August interview, Matt Mauser said per People: “I was very aware of how good she was at things in the moment, but I appreciate her even more now that it’s me doing it…My wife was my compass. My gift. I had 16 years with this amazing human being who taught me more than anybody else. And now I just have to be able to do that for my kids.”

Matt Mauser, in an ABC News clip he posted, said: “Kobe didn’t pick my wife because she was average. I don’t think anything he ever did was average. He picked my wife because she was exceptional at what she did. And that was in every phase of life. She was an exceptional, exceptional woman…the hardest-working person, kind, quick-witted, smart. And that carried over to every person on that helicopter. They were all that way.”

May God be with Mauser and his family along with the Bryant family and all the loved ones of those who passed in that tragic helicopter crash.

As Mauser sings in his song: “When you wake up and she’s gone, remember the good times…all of the things you’ll go through when she’s gone.”