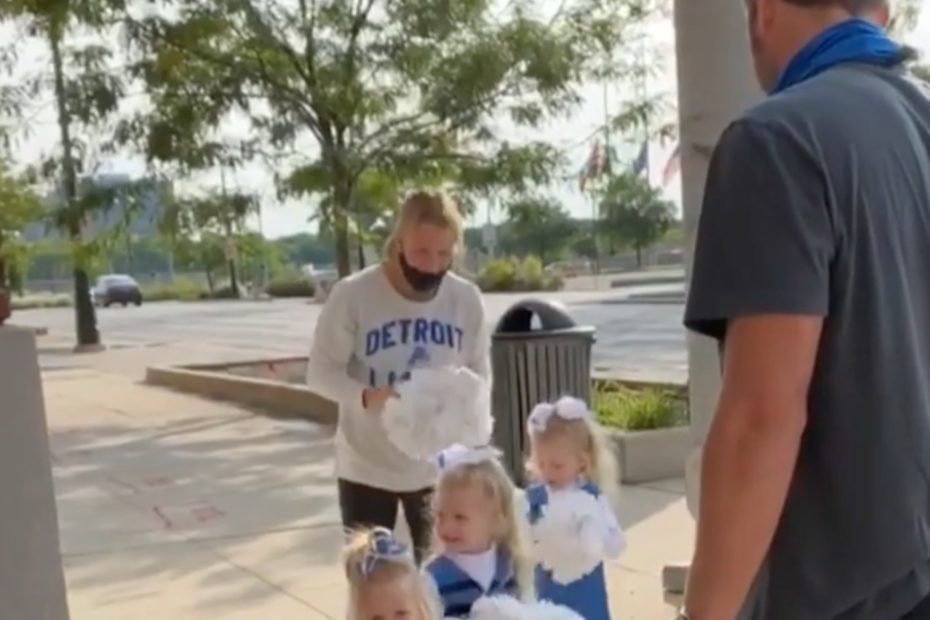 This season of the NFL looks a lot different than years past. The biggest difference is that many stadiums are not letting fans, not even family members of the athletes and coaches, into the stadium in order to contain the threat of COVID-19.

So, given that families can’t be in the stadium cheering their loved ones on, wives and children are getting creative. As Kelly Stafford and her girls shared on Instagram, prior to the start of the Lions-Bears game, they met up with Lions QB Matthew Stafford to send him off with a cheer they choreographed all on their own.

And given that it was their first week back following a longer than usual break, Kelly joked that they could all use a bit more work. “Thank goodness we aren’t allowed in, we need some serious practice before we are game ready,” the mom of four wrote on Instagram.

“Surprised Matthew outside the stadium before he went in with his cheer squad and it was a moment I will never forget. Here is to year 12! Football is BACK!”

How cute is that? This particular post comes after Kelly took to Instagram to share her support for the military, police officers, firemen, and first responders while simultaneously voicing her support for Black Lives Matter.

“I just want to take a quick second and thank everyone who protects our country AND their families,” Kelly wrote in a statement. “Sometimes my posts make it seem like I don’t appreciate the people who put their lives on the line every day to protect our freedoms.”

“It’s sad that politics has made it that if you say you support one thing, it’s like you can’t support the other. So here is me saying that I am forever in debt to those who protect us here and overseas… military personnel, cops, firemen, and first responders… the ones who do it RIGHT. You are HEROES, risking your lives to keep us safe. And I ALSO believe all lives don’t matter until black lives matter.”

The Lions fell short during their first game of the season, losing to the Bears 27 to 24.