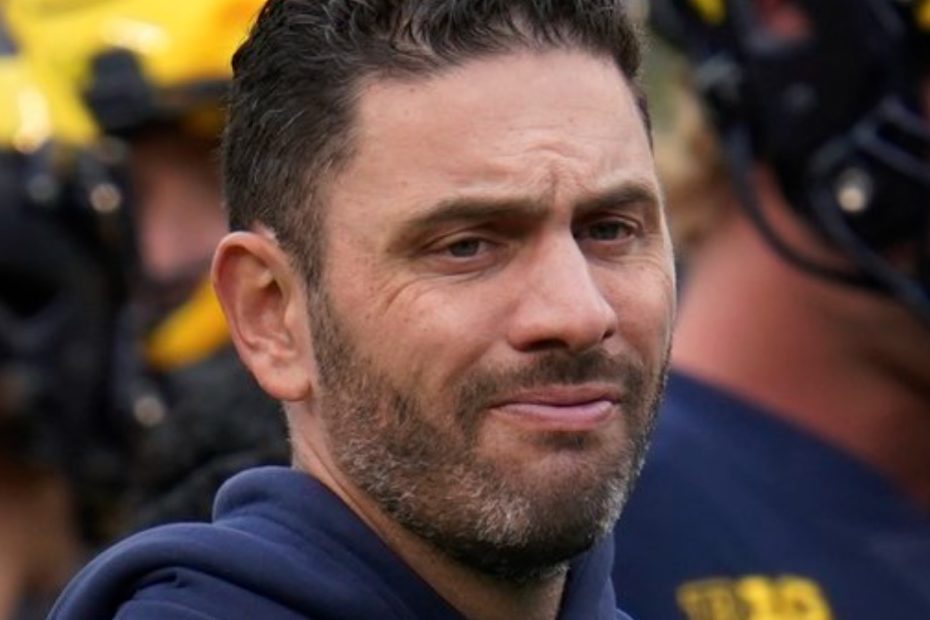 The University of Michigan’s co-offensive coordinator Matt Weiss has been fired after the school’s police department investigated a “report of computer access crimes” that occurred in December at the team’s football facility.

As ESPN reports the decision to fire Weiss comes “after a review of University policies,” athletic director Warde Manuel said in a statement. The statement would go on to say that “the school would not comment any further.”

According to the police report, “fraudulent activity involving someone accessing university email accounts without authorization” occurred in December at Schembechler Hall. Though no additional details have been provided about the nature of the crime, eyewitnesses reported seeing police vehicles arrive at the coach’s house over the past week.

In the public police report, the case file poses similar information. Although not addressing Weiss by name or providing specific details into the nature of the crime, the University of Michigan police department writes, “an employee reported fraudulent activity involving someone accessing university email accounts without authorization. Upon further investigation, it was found that a crime may have been committed.”

Since the story has broken, Weiss shared in a statement to ESPN that he plans to cooperate fully with the investigation. “I am aware of the ongoing investigation by the University of Michigan Police Department and fully cooperating with investigators. I look forward to the matter being resolved,” he said. “Out of respect for the integrity of the investigation, I will not have any further comment.”

Weiss, a native of Connecticut, played both baseball and football throughout his high school career. As a quarterback, he was a prominent figure in the NCAA when he played for Vanderbilt University. From there, he would go on to attend Stanford to earn a master’s degree. He was a graduate assistant for four years at Stanford, before moving on to professional football.

The coach was added as a part of the Baltimore Ravens coaching staff, led by Jim Harbaugh’s brother, John, from 2009 to 2020.

Weiss was initially hired two years ago as a quarterback coach but was promoted to co-offensive coordinator in 2022 following the departure of Josh Gattis. With the help of Weiss, the Michigan Timberwolves finished No. 3 in the AP Top 25 after winning the Big Ten title.

Despite the decision to fire Weiss, no charges have been filed at this time.